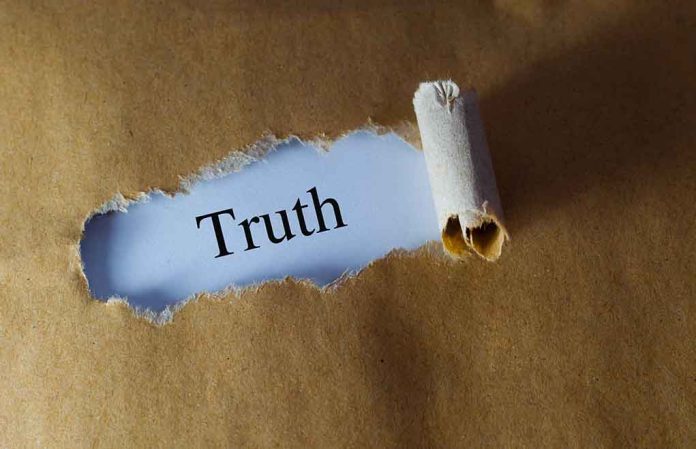 (UnitedVoice.com) – President Biden and Democrats keep insisting any requirements for voter identification or putting rules on mass mailing or absentee ballots is an assault on our democracy, but is it? Democrats are in a tizzy over GOP-led states that passed election reforms in the wake of the 2020 election. They continue to make baseless and unfounded claims, and now, the liberal media is calling them out for their untruthfulness and hypocrisy.

It’s a stunning moment. Both the New York Times and The Atlantic flatly refuted claims of voter suppression. They pointed to the facts that don’t bear out the proof. They even noted Democratic-led states lead the way in restrictive voting laws, and one stated it’s obvious what this is all about. So, why are some in the media suddenly waking up to what’s going on? Could it be Democrats keep repeating claims but refuse to point to facts to substantiate them?

In April 2020, President Joe Biden attacked Republican-led states as voter suppressors intent on preventing minorities from voting. Last year, Democrats in the House passed the controversial HR1 and the John Lewis Voting Rights Act. Four times the bills failed to gain the consensus of all 50 Democrats in the Senate. Now, they are taking a fifth stab at it. The exception this time is all but two, and perhaps three, Democratic Senators are opposed to eliminating or carving out the filibuster.

On January 3, the New York Times criticized Democrats. Of course, they got their jabs in on Conservatives as well, but it was relatively minor in comparison. The Times said the Democratic agenda is largely misdirected and could undermine the public confidence in elections. Of course, that’s the reason the Democrats supposedly want to pass these bills that Fox News political editor Brit Hume says is not about reforming election laws. It’s about remaking election rules that benefit Democrats.

The Times acknowledged Democrats want fewer constraints on voting and more people to vote. They believe that will help them because they consider any restriction to be voter suppression. On the contrary, the US Supreme Court said there was no evidence of that in Arizona or Georgia. The Times added something extraordinary and surprising. It said policies Democrats want, such as ballot harvesting, reek of corruption.

The Atlantic admitted voting is more difficult in far-left Northeast blue states than in any red state. Connecticut has no early voting. Rhode Island requires voter identification to cast a ballot, which is supposedly racist. According to the Center for Election Innovation and Research, Delaware, Connecticut, and New York rank near the bottom of states’ voter access to early and mail-in voting.

So, where are Biden and the Democrats when it comes to their own states?

Democrats Out of Touch With Americans

According to pollster Scott Rasmussen, more than 80% of voters support four election reforms passed by Republicans, including:

While Democrats try to federalize election rules, their worries are unfounded. The truth is, registering to vote became easier, and there are more ways to do it than ever. Despite claims of voter suppression, voter turnout is at historic highs, and black and white voting rates rise and fall together. Even eliminating COVID election changes, which may have been unconstitutional in some states, won’t meaningfully impact elections. According to a new book entitled “The Turnout Myth” written by two political scientists, higher election turnout doesn’t benefit one party over the other — as evidenced in the 2021 Virginia and New Jersey races.

What Democrats are pursuing is an assault on public trust. They’re pursuing a public lie with a private motive. While their far-left agenda falters, Democrats unmasked themselves to voters who believed in 2020 they were getting moderates who would tone down Washington, DC. It was just the opposite. Voters now say they prefer the GOP over Democrats.

There may be only one way to end the Democratic nightmare inflicted on the country since Democrats are unwilling or listen to their constituents. When a political party seeks power over principles, a reckoning at the polls usually follows.

We can only hope the trends continue through October.

Hold on. It’s going to be an interesting ride.