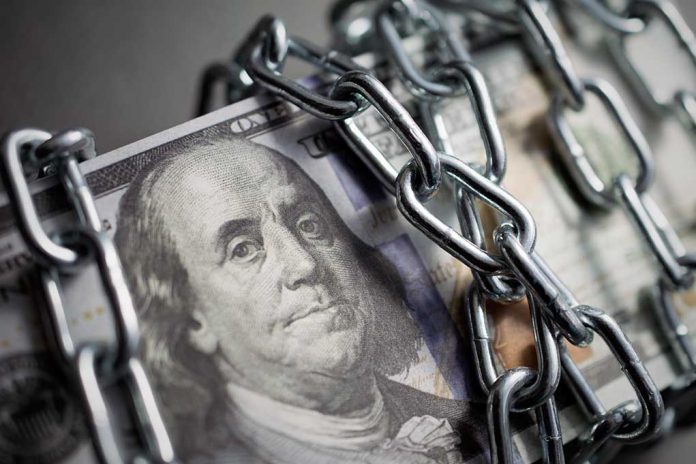 (UnitedVoice.com) – For any economy to work well, it requires jobs, workers willing to fill any open positions, and affordable prices. It appears that two out of three of those requirements are not looking good for the US economy. On Friday, January 7, the Labor Department issued the December jobs report. Once again, it failed miserably to live up to economists’ predictions.

Economists expected payrolls to rise by 400,000 in December. It was barely half. The Labor Department said the labor market only added 199,000 jobs. The last time job growth was this slow was in December 2020, when companies cut 306,000 positions. That’s not the only problem in the US economy. Inflation remains sky high, and mortgage interest rates are now rising. Some are beginning to ask, is the US economy worse than economists or the government is telling us?

In October, employers added 648,000 workers to their payroll. It’s noteworthy that the Delta variant spread throughout the country in September and October, followed by the Omicron variant. In November, hirings slipped to 249,000. Now, it’s 199,000. The percentage of people in the labor force participation rate remains unchanged at 61.9% – that means over 100 million Americans are not in the workforce. Plus, millions of Americans quit their jobs in November as well.

It doesn’t take a rocket scientist to see that something is happening. The challenge for employers is that the demand for workers is still high as they struggle to attract talent. They’ve increased wages, benefits, and some even offer work-from-home options.

In addition to the worker supply challenge, inflation isn’t backing off. Complicating matters, mortgage interest rates are on the rise. For the week ending January 7, mortgage rates increased from 3.11% the week before to 3.22%. A year ago, they were 2.65%. In the last two years, low-interest rates fueled a housing boom and contributed to rising property values. Housing sales might not back off as more people are looking for fewer homes available in the market.

Economists believe that childcare, COVID fears, and large stimulus savings contributed to the labor shortage. That may be true, but could something else be at play? For much of 2021, they got virtually every prediction wrong. To be fair, the out-of-control government spending, trillions of new dollars printed by the Federal Reserve, fears about COVID, Democratic-led state shutdowns and draconian mitigation orders, and changes to American’s behavior likely contributed to economists’ predictive struggles.

Shutting down the US economy and its resulting impact on American’s state of mind for two years are things that economists can’t account for in their assessments. This situation is a new time in American history. There isn’t a model one can use to gauge future outcomes.

So, is it possible that optimistic economists will get 2022 wrong?

Yes, it’s very possible. America is going through a political and economic transformation as voters decide who’ll we be when we grow up. Will the country lean towards its capitalist roots or embrace socialism? Will people vote for politicians who embrace more or less government control in their lives? Will politics inject more uncertainty or less? How will technology impact work?

There are far more questions than answers.

America may not know for a few years. Still, it can be a time of great opportunity. During the Great Depression, some of America’s top companies were founded despite those difficult times. Adversity leads to innovation for those willing to dream, think out of the box, and work hard.