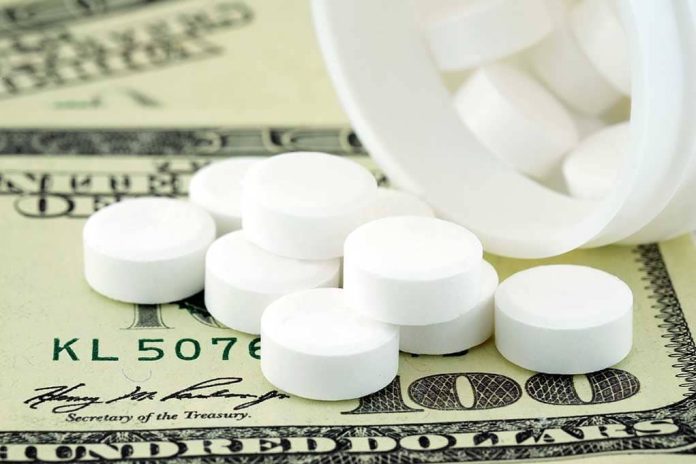 (UnitedVoice.com) – There are numerous, expensive life-saving drugs out of reach of many who need them. There’s no disputing that reality. And as challenging as high drug costs are, finding industry-wide solutions to bring prices down is an even bigger conundrum. On Thursday, September 9, the White House revealed its plan to lower drug prices. Unfortunately, it could be a disaster waiting to happen.

The Biden administration believes the power of the government is the only way to solve the problem. Of course, it does; they wouldn’t be good liberal Democrats if they didn’t believe the government was the solution to every predicament. Unfortunately, that may not be the reality, especially in the case of lowering prescription drug prices. The question is, if the government forces down prices artificially, what will the consequences be?

Keep in mind; this administration has managed to make everything it touched worse. Is immigration better? What about the pandemic, economy, race relations, or international affairs?

If the government negotiates prices with drug manufacturers to drive down Medicare pricing, it can force companies to pass on the lower costs to the private sector health insurance companies and individuals who pay out-of-pocket. The administration plans to test a reimbursement plan for drug manufacturers based on the clinical value the drugs provide a patient.

Additionally, the drug plan would prohibit pharmaceutical companies from paying off generic competitors who agree to withhold the generic drugs in favor of the more expensive brand-name drugs. The Food and Drug Administration (FDA) would also create solutions to prevent drug makers from using the patent system to discourage competition.

Finally, the plan would use federal government resources to drive medical breakthroughs instead of relying on corporations. In theory, the government would drive down the cost of innovating new drugs in fields like cancer research, diabetes, Alzheimer’s, and other diseases without cures.

Without the incentive for profit, the government would essentially hijack the health care of every American. There are certain points worthy of consideration in this plan, such as promoting industry competition. However, the main theme is government, government, and more government. It’s like asking the thief to watch the jewelry store. There isn’t any accountability.

If things go bad, do you think the government will allow you to sue it like you could a corporation?

Aside from that, there’s a more pressing issue. In a letter from small biotech companies to President Biden, they warn there would be serious repercussions if Biden follows through on his executive order. Despite the government’s plan to take over most research and development, the group argues the government would severely impact drug discovery and development.

In addition, how would the government afford the cost of research and development (R&D) in an already exploding national debt that could grow by $5 trillion more this year if Democrats get their way? The group argues the plan would essentially defund the R&D of companies that find cures for diseases. The group also argued investors and companies would stop investing in new opportunities to cure diseases with novel medications.

Is it possible the government could make a bad situation worse? If history is any indicator, it’s likely to do just that. Biden’s proposal isn’t a plan to drive down drug prices. It’s a plan to take an over-bloated bureaucracy, give it more power over your life, and ultimately make healthcare worse.

Is that really what America wants or needs?