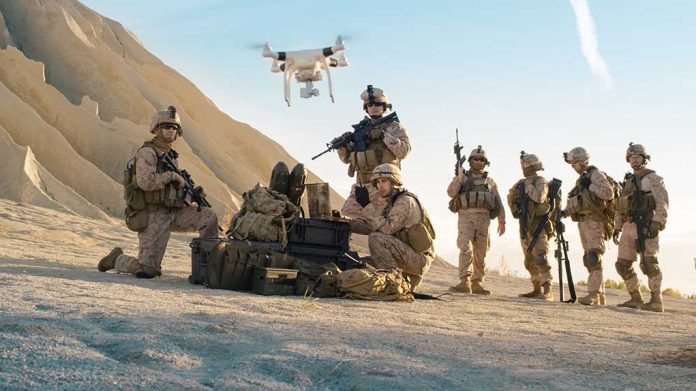 (UnitedVoice.com) – Abu Ibrahim al-Hashimi al-Quraishi was one of the most brutal terrorists in the world. In 2014, he oversaw a genocide against the Yazidi people and reportedly allowed ISIS soldiers to use rape as a weapon against their enemies. Thousands of Yazidi women suffered horrific abuse at the hands of the terrorists. When he took control of ISIS in 2019, it wasn’t that surprising. But now his reign of terror is over, and many say he took the coward’s way out.

On Thursday, February 3, President Joe Biden announced US Special Forces carried out a raid in the Idlib province of Syria overnight. The elite forces were targeting al-Quraishi after a months-long special-ops mission to find out where he was hiding. As American troops approached the terrorist’s house, he detonated a bomb, killing himself and 12 others, including his own family members.

The leader of the jihadist group Islamic State died in a U.S. special-force raid in northern Syria, when he detonated a bomb that killed himself and family members, President Joe Biden said https://t.co/j6PGY8a4UL pic.twitter.com/fQrPjgtt0i

First responders in the country revealed six children and four women were among al-Quraishi’s last victims before he left this world. Biden called it “a final act of desperate cowardice.”

The American operation comes as ISIS has made a resurgence in the Middle East. The terrorist organization has launched a series of attacks in the region, including an attack on a prison. While the death of al-Quraishi is certainly one to celebrate, the question now is: Who will replace him?