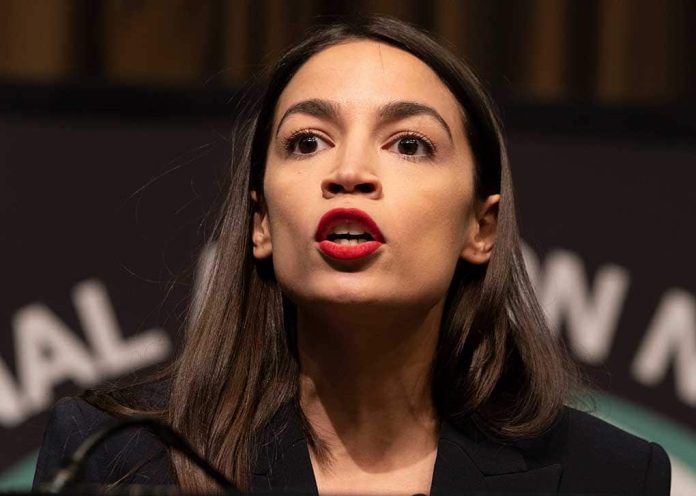 (UnitedVoice.com) – If you’re a political junkie, there’s no lack of entertainment coming out of the Democratic Party. On the surface, the Left appears to be imploding. Underneath, it’s probably much worse than we see publicly. It usually is. It’s especially getting hot if you’re a moderate Democrat. The opening salvo in a war of words continues to erupt as the left and center factions of the party threaten to tear it apart bit by bit.

For decades, Democrats used the mantra that they’re a big tent party — everyone was welcome. Since 2016, that changed as the party moved more decisively to the left. Democratic Socialist Sen. Bernie Sanders (I-VT) narrowly lost the party nomination to run for president to Hillary Clinton that year in the Democratic primary. In 2018, far-left firebrand Alexandria Ocasio-Cortez (D-NY) shockingly defeated the third-ranking Democrat in Congress. Since then, the far-left “Squad” of progressives has increased its influence in the halls of Congress. Along with the emergence of the far-left, the party began splintering and fracturing. Now, it’s on the verge of open war.

In November, Moderate House Democrats licked their wounds as many lost seats to Republicans. They demanded the war on police and talk of Socialism stop, or the party would be in real trouble come 2022. It now appears there’s a race by Moderates to save the party from the Left.

For their part, Republicans are remaining quiet as the Democrats battle. That’s probably wise. After all, why let a good crisis go to waste? As the Dems fight amongst themselves, the only thing that can likely reunite them is Republican criticism.

So, how are the Democrats destroying their own party?

Big tents don’t work when ideologues hijack a party and refuse to compromise.

In recent months, Moderate Democratic Senator Joe Manchin (D-WV) began taking heat for protecting the institution of the Senate over partisanship. The Left wants its agenda at any cost, including ending the filibuster that protects the minority and America from wild swings in policy from transitions of party power. The Left now treats Manchin as a punching bag for failing to help them achieve their goals to transform America.

Democrats Openly Enter Hostile War of Words With Each Other

However, Manchin was far from the problem. A few weeks ago, Squad member Rep. Ilhan Omar (D-MN) equated the United States and Israel with Hamas and the Taliban. It was the third time the Muslim congresswoman from war-torn Somalia made anti-Semitic statements. Each time, Democrats covered for her by censoring broader topics instead of her specifically. On Tuesday, June 29, Omar stated she wasn’t sorry for what she said and didn’t regret her past statements.

This time, she’s attacking her fellow Democrats. When asked about it on Tuesday, the radical Progressive accused Democrats of not being “partners in justice.” The blowback was swift and decisive. Perhaps the harshest criticism came from Asra Nomani, the co-founder of the Muslim Reform Movement. Nomani said Omar’s behavior is “what a modern-day Muslim Supremacist looks like.”

If that’s not enough, the war of words between Moderates and the Left is intensifying. On Tuesday, Moderate Democratic Rep. Jim Clyburn (D-SC), the number three ranking Democrat in the House and the Majority Whip, slammed the Left for “defund the police” rhetoric, Medicare-for-all, and socialism. He said the policies would hurt the party and help elect Republicans.

In an upcoming special election in Ohio, the Left and center-Left are lining up against one another.

Clyburn openly declared his support for a moderate candidate over another Democratic Socialist. In turn, the 80-year-old long-time politician was accused of “being stupid” and supporting and helping Joe Biden win the Democratic primary in 2020. Hillary Clinton joined Clyburn in her endorsement of the Moderate candidate.

Will the extremes of the party weaken it and open the door wide for the GOP?

Sit back and enjoy the show. It ought to be entertaining.