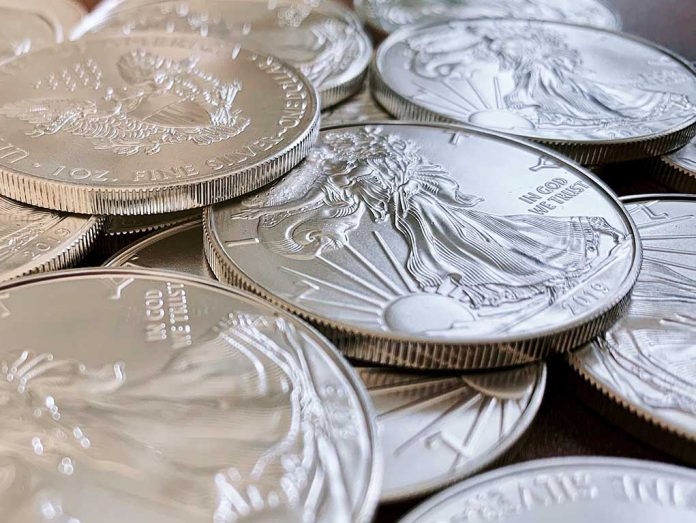 (UnitedVoice.com) – With the US at risk of defaulting on the national debt, many leftists are calling for the Treasury to mint a $1-trillion coin so the government can keep spending more money than it raises. Now Treasury Secretary Janet Yellen has stepped in to reject that idea.

The US government is spending too much, and doesn’t want to be more responsible – but it’s run out of maneuvering room. On October 5, Secretary Yellen told CNBC that, unless Congress votes to raise the amount the government is allowed to borrow, she’ll run out of money and the US will be forced to default on its national debt. That would leave the government unable to make Social Security payments or pay its other bills, and could also trigger a recession. On Thursday, the Senate agreed on a temporary debt ceiling increase.

Instead of doing the obvious thing – spend less – left-wing economists are calling for the Treasury to exploit a loophole in our spending laws. The government can’t borrow more unless the debt ceiling is raised, but it can mint a $1-trillion platinum coin and then spend it.

The out-of-touch politicians want to mint a $1 trillion coin to pass over the debt limit.

Monopoly money would've worked much better, but so be it.

I can't wait to have trillionaires in America just like in Zimbabwe.

Secretary Yellen doesn’t think much of the idea, though. Saying “I am opposed to it and I don’t believe we should consider it seriously,” she explained that if the US takes that option it would destroy the nation’s reputation for being able to pay its bills. Even the Biden White House is reported to be against the coin idea. Unfortunately, both Yellen and Biden want to raise the debt ceiling. It seems spending less just isn’t an option anymore.