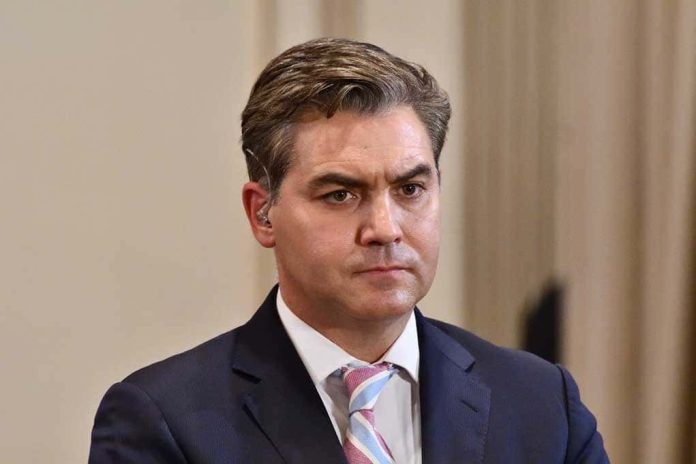 (UnitedVoice.com) – News anchors are supposed to be unbiased. Unfortunately, in the new era of journalism, some reporters don’t seem to understand that. CNN’s Jim Acosta demonstrated this point in a recent interview.

On September 12, Acosta spoke to former President Donald Trump’s estranged niece Mary Trump. The two attacked the 45th POTUS for commentating on a pay-per-view boxing match on the 20th anniversary of 9/11. Then the CNN anchor brought up Trump’s anger over the removal of Confederate General Robert E. Lee’s statue in Virginia. Acosta said Lee was “a traitor” to the US who was “responsible for the deaths of hundreds of thousands of Americans.” Then, he suggested that’s why the former president “identifies with him so much.”

Acosta then called both Lee and Trump “losers.”

Mary Trump: Robert E. Lee was a traitor to this country who was directly responsible for the deaths of hundreds of thousands of Americans which sounds very familiar so maybe that’s why Donald identifies with him…
Acosta: And maybe he identifies with the fact that he’s a loser pic.twitter.com/AcvLWCrXEN

Meanwhile, Acosta is ignoring the glaring mistakes President Joe Biden has made in recent months. Most recently, his withdrawal from Afghanistan.

The former president is living his life as a private citizen. He spent the anniversary of 9/11 meeting with first responders in New York City. Acosta chose to invite Mary Trump on television to criticize the former POTUS for what reason? Ratings?