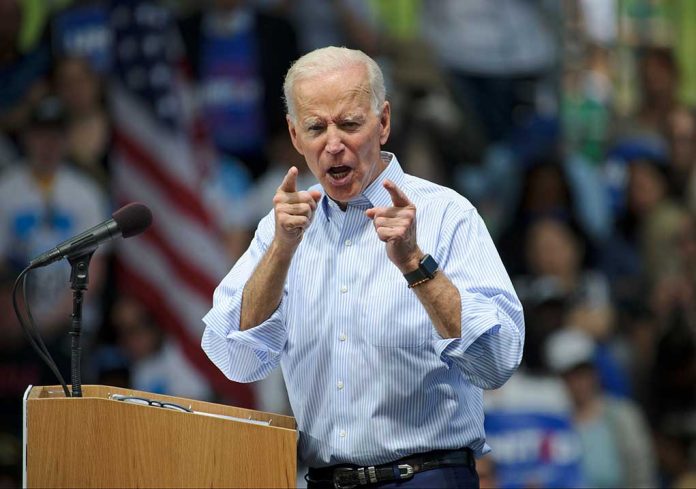 (UnitedVoice.com) – Conservatives warned Americans about Joe Biden’s gun control agenda throughout his presidential campaign. The Democrat said he wants to ban online gun sales and “assault” weapons, restrict the number of weapons someone can buy, and implement a laundry list of other regulations. After Congress certified the Electoral College votes, Biden announced he’s definitely planning to go after people’s guns.

On January 8, former Congresswoman Gabby Giffords (D-AZ) was memorializing the six people who lost their lives a decade ago during an assassination attempt on her life. Biden responded and pledged to “defeat the NRA” and end gun violence.

.@GabbyGiffords — Your perseverance and immeasurable courage continue to inspire me and millions of others. I pledge to continue to work with you — and with survivors, families, and advocates across the country — to defeat the NRA and end our epidemic of gun violence. https://t.co/zN5J5YjXUM

The NRA released a statement a couple of days later and warned gun owners they’ll need to stay vigilant.

On Friday, Biden pledged to DEFEAT THE NRA.

Biden wants to ban our semi-auto rifles, tax our guns/mags & more. He knows the only thing standing in his way to DISMANTLE THE 2ND AMENDMENT is NRA.

Gun owners must stay vigilant & be engaged in elections and the legislative process.

Supporters of the Second Amendment should be on high alert. If they see something that threatens their rights, they must contact their representatives and demand protection. Staying civically active is the best way to stop government overreach.