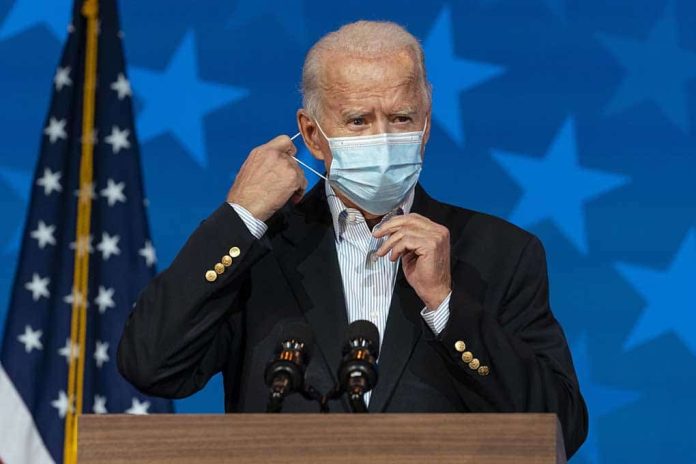 (UnitedVoice.com) – President Joe Biden and Education Secretary Miguel Cardona are upset with Republican governors who are banning mask mandates. Both men recently insulted the conservative state leaders in separate comments. Now, the president is trying to force masks on children with the help of Cardona.

On August 18, during remarks in the East Room, Biden attacked Republican governors. He claimed they’re turning the safety of children into political arguments for their own gain. The president said he directed Cardona to take steps to force governors to allow mask mandates, saying he won’t let the Conservatives “intimidate educators protecting our children.”

Biden: That’s why today, I’m directing the Secretary of Education… to take additional steps to protect our children… We’re not going to sit by as governors try to block and intimidate educators protecting our children pic.twitter.com/XUEADuaeFt

In a separate interview, Cardona accused Republican governors of negligence because they attempted to protect parental rights. The education secretary said he will send his agency’s civil rights enforcement arm to open investigations into the states that banned mask mandates. He said parents of students with autism and compromised immune systems convinced him to look into it.

Section 504 of the Rehabilitation Act of 1973 protects kids who have a free education. The administration might be putting itself in a position to argue that banning mask mandates violates the rights of kids with disabilities because they’re at high risk of catching the virus. Whether that will actually stand up to scrutiny remains to be seen.