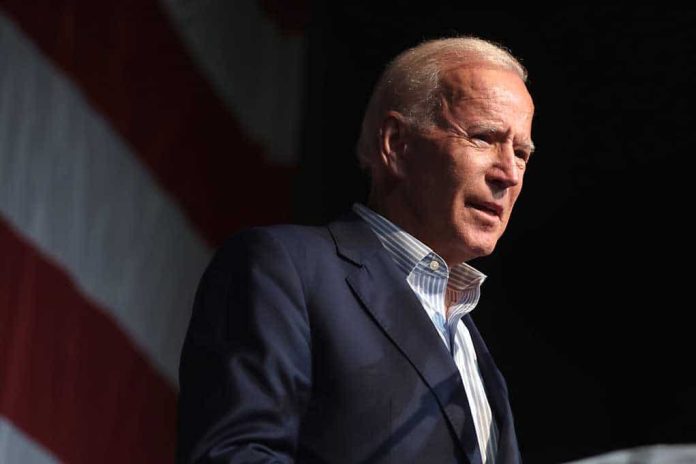 (UnitedVoice.com) – In April, President Joe Biden announced plans to have all US troops out of Afghanistan by September 11. The administration later moved the date up to August 31 and then carried out a completely botched withdrawal. Now an ethics watchdog is investigating whether the president was trying to use the end of the war for political gain.

On September 8, Protect the Public’s Trust (PPT) sought to find out why Biden chose the September 11 and then August 31 withdrawal dates, submitting Freedom of Information Act (FOIA) requests. The watchdog demanded all records related to the Interior Department’s alleged planning for a ‘Biden 9/11 victory lap’ before the military completed the withdrawal. The organization wanted to know if the president was going to use public land to celebrate the end of the war.

Was the Administration Planning to Use Public Lands for “9/11 Victory Lap”? Watchdog probing possible violations in plan to employ public land, employees and facilities for celebration of Afghanistan humiliation.https://t.co/RlrdEq0LSx pic.twitter.com/UFc4quGBOW

The president did not end up holding any “victory lap,” but the PPT believes the Interior Department may have been planning one for him. The FOIA request discusses reports of disagreements within the administration about the withdrawal. It also claims military leaders called the decision to pull troops out “political.”

PPT Director Michael Chamberlain told Breitbart the withdrawal was completely botched. Worse, it resulted in leaving Americans and Afghan allies behind and the deaths of 13 American service members.

The Biden administration has not responded to news of the PPT’s probe.