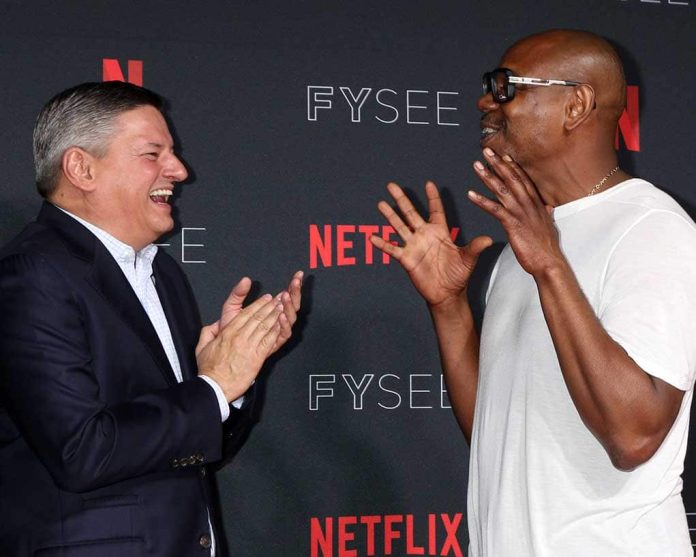 (UnitedVoice.com) – Comedian Dave Chappelle has been taking a lot of heat from social justice warriors on the Left for recent comments he made about transgender people on a Netflix special. The video platform’s employees even staged a walkout over the jokes. Now another comedian, Joe Rogan, is defending Chappelle.

On Tuesday, October 19, Rogan talked about the controversy on his podcast, “The Joe Rogan Experience.” The comedian said Chappelle is a friend of his and he isn’t “homophobic or transphobic.” He was just making jokes because that’s what he does. Rogan insists that just because someone makes a joke, that doesn’t mean there’s hate behind it. He thinks the problem with modern-day culture is that “if you don’t have an enemy, you make an enemy.”

Rogan went on to say that he thinks the country is on a dangerous path when people are going after comedians for making jokes, it’s their job after all.

Rogan went on to say Chappelle is a very nice person who loves his craft. The podcaster thinks he does the best job he can to navigate the world and that includes talking about all kinds of stuff to make people laugh.

The idea that comedians have to refrain from joking about people just because they belong to a protected class is strange. Chappelle belongs to a protected class and he makes fun of himself all the time. Are so-called social justice advocates taking their activism too far?