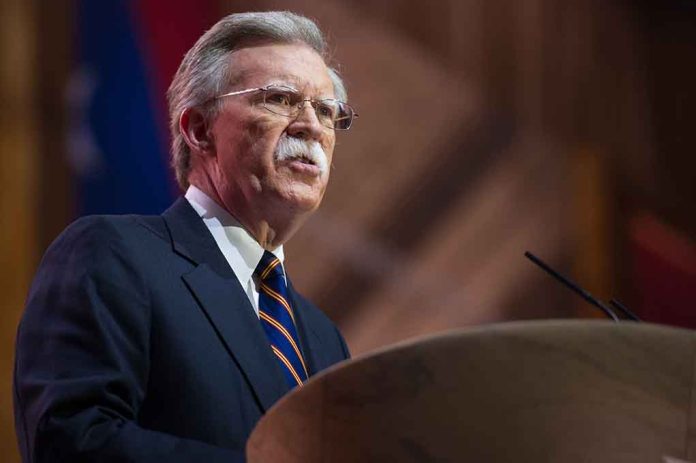 (UnitedVoice.com) – Former National Security Advisor John Bolton served in former President Donald Trump’s administration from 2018 to 2019. The ex-POTUS fired the controversial conservative after they butted heads over important policies. The former official has now indicated he might run for the White House.

On December 5, Bolton appeared on NBC’s “Meet the Press NOW,” where he told host Kristen Welker he might run for president in 2024 to stop Trump from winning the nomination. Bolton said that if the 45th POTUS could retake the oath today, he “would either be lying about preserving, protecting and defending the Constitution or maybe he wouldn’t say it at all.”

The former security adviser cautioned Welker that elected officials could not adopt this kind of approach, calling support for the Constitution “foundational to the republic.” He took it a step further by labeling his former boss an unacceptable GOP nominee.

Bolton’s interview came days after Trump posted remarks on Truth Social claiming the 2020 election was fraudulent and saying it allows “for the termination of all rules […] even those found in the Constitution.” The former president later clarified and explained he didn’t literally mean terminating the Constitution.

Though Bolton has declared his intention to run, he hasn’t launched a campaign yet. Further, it’s not clear what his shot is at actually winning, but given Trump’s popularity within the party, it’s likely low.