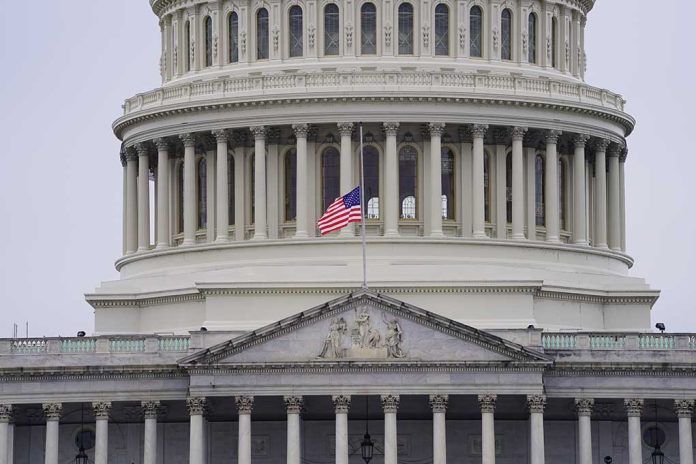 (UnitedVoice.com) – Senator Josh Hawley (R-MO) has quickly risen through the ranks of the Republican Party. The first-term senator assumed his position in Congress in 2019 and has made a name for himself with his far-right beliefs. He was the first member of the upper chamber to announce he would object to the 2020 election outcome. On January 6, 2021, he stood in front of the crowd who’d descended on the country’s capital and put his fist up in the air to acknowledge his support of their presence.

Hawley wasn’t up for reelection this year, but many of his colleagues were. The lawmaker isn’t happy with the outcome and believes his party is on the wrong path.

Hawley was frustrated when news broke that the Left held the Senate and tweeted a message to his party, telling them the old GOP was “dead.”

The old party is dead. Time to bury it. Build something new

Earlier in the week, Hawley blamed “Washington Republicanism” as the problem with the party’s lackluster performance in the midterms. He demanded to know, “What are Republicans actually going to do for working people?” Slamming them for talking about changing Social Security instead of focusing on issues like “tougher tariffs on China, reshor[ing] American jobs, open[ing] up American energy full throttle, [adding] 100k new cops on the street.”

Washington Republicanism lost big Tuesday night. When your “agenda” is cave to Big Pharma on insulin, cave to Schumer on gun control & Green New Deal (“infrastructure”), and tease changes to Social Security and Medicare, you lose

The Republican Party thought it would go into the midterm elections and wipe the floor with the Democratic Party. That isn’t what happened. While they did gain seats in the House, it wasn’t nearly as many as they thought. Before the elections, there was talk about a “Red wave” obliterating the Democratic majority in the lower chamber. Instead, the Left overperformed.

In the Senate, the Democratic Party flipped Senator Pat Toomey’s (R-PA) seat Blue. It also held on to both Nevada and Arizona, solidifying their majority for at least two more years. Democrats might even expand their majority if Senator Raphael Warnock (D-GA) wins the Georgia runoff on December 6.

On Monday, November 7, before the midterms, Fox News reported Hawley told reporters that he doesn’t support the upper chamber choosing Senate Minority Leader Mitch McConnell (R-KY) to lead the party again. He said his “view is that [Republicans] need new leadership in that position.”

Hawley doesn’t want the party to vote on new Senate leadership until after Georgia decides the runoff. He joined others in calling for a postponement of the vote.

Exactly right. I don’t know why Senate GOP would hold a leadership vote for the next Congress before this election is finished. We have a runoff in #GASenate – are they saying that doesn’t matter? Don’t disenfranchise @HerschelWalker https://t.co/atIETyoCKY

Do you think Hawley is right? Is GOP leadership to blame for the midterm failures?