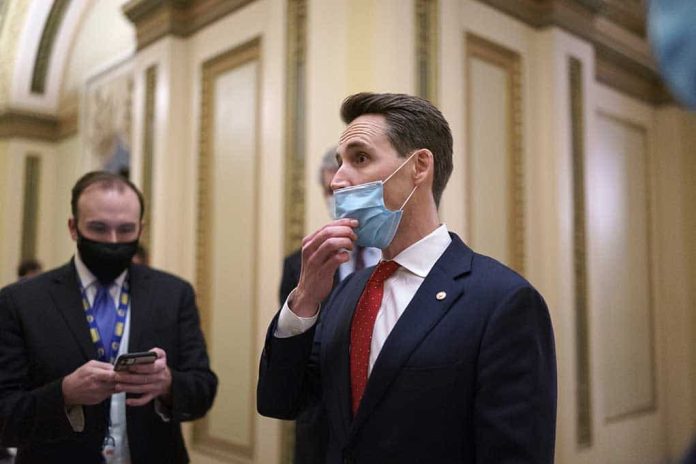 (UnitedVoice.com) – A Republican senator has again pointed out media double standards, comparing the rough ride conservative politicians get with the apparent freedom given to the radical left. To nobody’s surprise, the notorious “Squad” was right in the center of his crosshairs.

Talking to Fox News on Sunday, January 31, Senator Josh Hawley (R-MO) discussed election reform, political violence and media bias with host Mark Levin. He focused on the accusations thrown at him by Democrats and the media after his January 6 objection to Pennsylvania’s choice of electors, when he was smeared as helping to incite the Capitol riots.

His comments prompted Levin to say that Alexandria Ocasio-Cortez (D-NY) and her fellow “Squad” members seem to be able to say anything they like, while Republicans are under constant media scrutiny.

At what point do we address @AOC’s radical rhetoric where she casually accuses @TedCruz of attempted murder?

The very same people trying to tell me about tone are the ones making wild accusations.

Hawley responded, “I think what we’re seeing now is an attempt by the Left to lie about our motivations… to grab power.” However, finishing on a defiant note, he said “I am not going to back down before a liberal mob.”