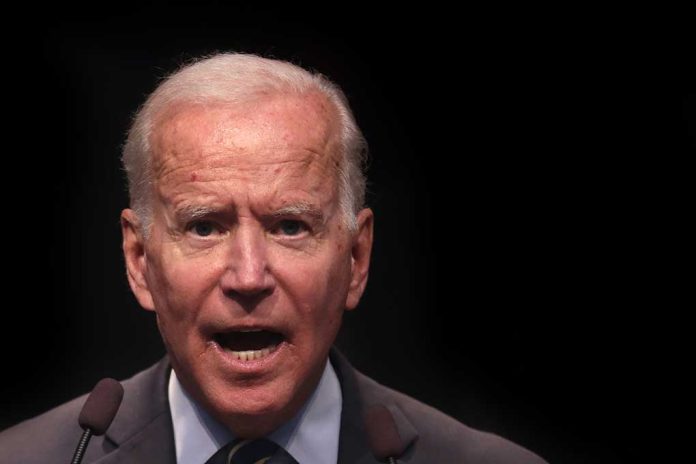 (UnitedVoice.com) – In the wake of the pandemic, the government tried hard to get a message out about vaccines and other related topics. Misinformation on social media was a big problem. Dishonest claims about the response to the coronavirus, the number of people who lost their lives, vaccines, and other topics spread like wildfire.

President Joe Biden’s administration repeatedly urged social media and cable networks to prevent alleged lies from spreading on television and online. There were also allegations that Big Tech was colluding with the federal government to silence Americans offering different opinions. Attorneys general in two states joined together to sue the administration. Courts recently blocked the president from shielding government officials from testifying.

The administration filed an appeal to block several of the officials’ depositions. On November 2, Doughty issued another ruling denying the request. The government wanted a stay on the order while an appeal worked through a higher court.

According to The Epoch Times, the government’s request claimed “high-ranking governmental officials would be diverted from their significant duties,” which might be unnecessary if the appeals court sides with the president.

The judge wasn’t buying it and ruled that the administration didn’t prove forcing the officials to sit for depositions would harm the government. However, Doughty claimed the states that were suing could face irreparable harm because “[t]he loss of First Amendment freedoms, even for minimal periods of time, unquestionably constitutes irreparable injury.”

A Violation of the First Amendment

Missouri Attorney General Eric Schmitt and Louisiana Attorney General Jeff Landry are plaintiffs in the suit against the Biden Administration. The Washington Times reported the AGs are accusing dozens of officials of conspiring with Big Tech. They outlined what they called a “censorship enterprise” in Biden’s administration where officials allegedly pressured the Silicon Valley companies to “suppress private speech that federal officials disfavor.”

The First Amendment is supposed to protect Americans from government censorship. The GOP AGs believe that federal officials used social media companies as a tool to silence citizens. If true, that could be even more of a reason for lawmakers to change Big Tech’s power over the American people.