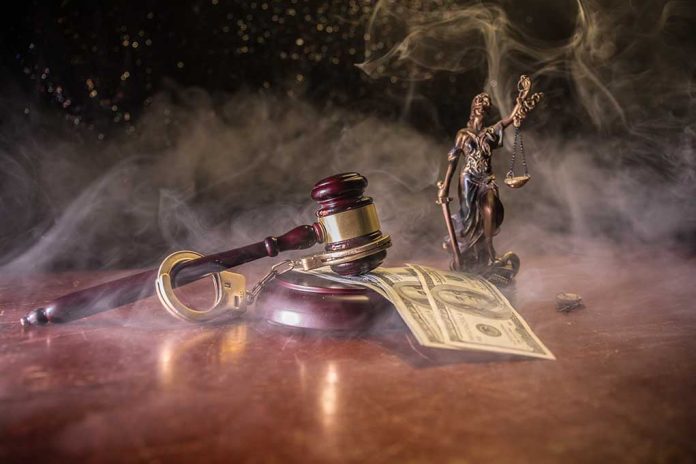 (UnitedVoice.com) – The courts and society take a dim view of unscrupulous people harming kids, tending toward more severe opinions and sometimes stiffer penalties. Yet, what about when the court system abuses children? If you don’t think it can happen, a Luzerne County, Pennsylvania, case proves differently. In 2012, a jury convicted two state judges who abused their powers, harmed children, and profited wildly from rulings between 2003 and 2008.

On Monday, August 15, US District Judge Christopher Conner awarded child victims of two judges $106 million in compensatory damages and $100 million in punitive damages. In 2008, jurors convicted former Judges Mark Ciavarella and Michael Conahan of sending children to a for-profit jail under harsh terms in exchange for financial rewards. Conner wrote that the two disgraced arbiters “ruled with breathtaking arrogance and an unfathomable disregard for due process.”

In 2008, the case became known as a kids-for-cash scandal. Ciavarella and Conahan shut down a Luzerne County juvenile detention center. In turn, the builder and owner of a for-profit detention facility steered $2.8 million in illegal payments to the disgraced men. Ciavarella was known to push a zero-tolerance policy, ensuring he would fill the private prison with paying customers. He ordered youths eight years and older to jail for first-time offenses such as jaywalking, truancy, and other minor violations. They were also immediately whisked away with no chance of talking to their parents.

The victims filed the lawsuit in 2009. Since then, the AP reported several died from drug overdoses or suicides. Conner wrote that the two officials abandoned their oath of office and noted they violated the public trust. He called their actions despicable and cruel towards a vulnerable population.

During the civil trial, numerous victims testified. One said the judges ruined their life. Another felt sold for no reason.

Some Victims Get Kickback of Their Own

After exposing the judges’ orchestrated scheme, the Pennsylvania Supreme Court overturned 4,000 juvenile convictions that took place between 2003 and 2008. During the civil trial, 282 of the victims (79 of whom were under 13 at the time of sentencing) and 32 parents testified before the bench. The court based the $106 million in compensatory damages awarded to the victims on $1,000 per day of wrongful detention, adjusted for each circumstance. The judge wrote that the “unspeakable physical and emotional trauma” justified the $100 million punitive ruling.

Conner awarded the money only to those who participated in the civil trial process. Others settled many years ago, for a combined total of $25 million.

Ciavarella is 72 years old and serving a 28-year sentence in a Kentucky-based federal prison. A jury sentenced Conahan, now 70, to 17 years in jail. He’s currently serving his sentence in home confinement due to COVID-19. He has six years left.

The plaintiff’s attorney told the AP he didn’t believe either man could pay the judgment. Still, the lawyer said the penalties recognized the crimes committed against his clients.