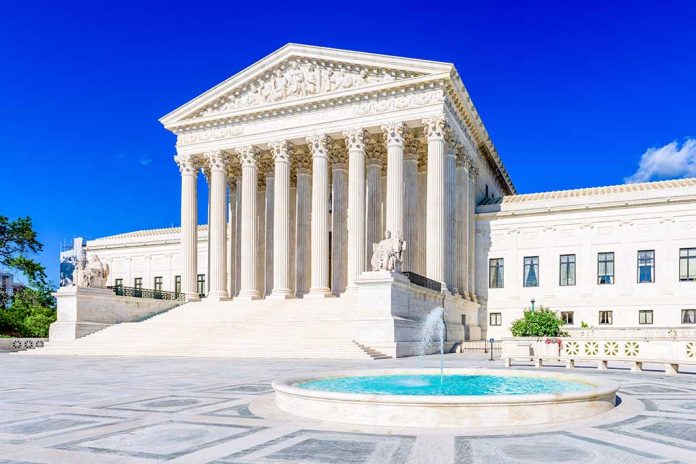 (UnitedVoice.com) – On Thursday, December 16, President Joe Biden warned individuals who are not vaccinated against COVID-19 they face a winter of severe illness and death. The dark imagery wasn’t an accident. It’s part of an ongoing battle against the unvaccinated to force them into doing something they question.

In September, Biden instructed the Occupational Safety and Health Administration (OSHA) to devise a workaround of the US Constitution to force vaccinations on Americans. The agency is ordering businesses with 100 or more employees to ensure their staff is vaccinated or face stiff penalties. Individuals, businesses, and several states sued to question the constitutionality of the agency’s authority. Federal courts seesawed on the administration’s ability to enforce the vaccine mandate while the case makes its way through the courts. Now, the Supreme Court will decide that matter once and for all in the coming weeks.

In November, the 5th Circuit put an injunction in place against the mandate as it worked its way through the federal courts. On Monday, December 20, Supreme Court Associate Justice Brett Kavanaugh ordered the Biden administration to respond to appeals after the 6th Circuit Court of Appeals reinstituted the vaccination deadline. The justice gave the administration until 4 p.m. on December 30 to respond.

The only court that can ultimately decide the vaccine mandate issue once and for all while it makes its way up to the US Supreme Court is the nation’s highest court. To be clear, the Supreme Court isn’t deciding whether the OSHA regulation is Constitutional. That question resides in a lower court at the moment. However, the Supreme Court may hear the case on appeal sometime in the spring based on an Appeals Court outcome.

What Is the Lawsuit About?

The Supreme Court will decide if the Biden administration can enforce OSHA’s vaccine mandate while it’s in litigation, but business groups and several GOP-led states argue OSHA and the Biden administration can’t make law using what’s known as Emergency Temporary Standard (ETS). Usually, when a federal agency creates a new regulation, it undergoes a complicated process that includes public comments. It can take months or years before an agency executes a new rule.

ETS allows OSHA to bypass the normal regulatory implementation process. Litigants argue the vaccination mandate uses the government’s incredible regulatory powers to force vaccination on millions of American workers, and the question is whether the administration has Congressional approval to implement the regulation. Litigants argue Congress did not pass a law authorizing OSHA to create the rule. Therefore, under separation of powers, it’s not legal for the Biden administration to unilaterally make regulations with the force of law.

Kavanaugh will decide if the full court will take up the emergency request. He oversees emergency appeals from the Sixth Circuit court. One way or another, the Justices will stop the confusing messages to employers and employees.