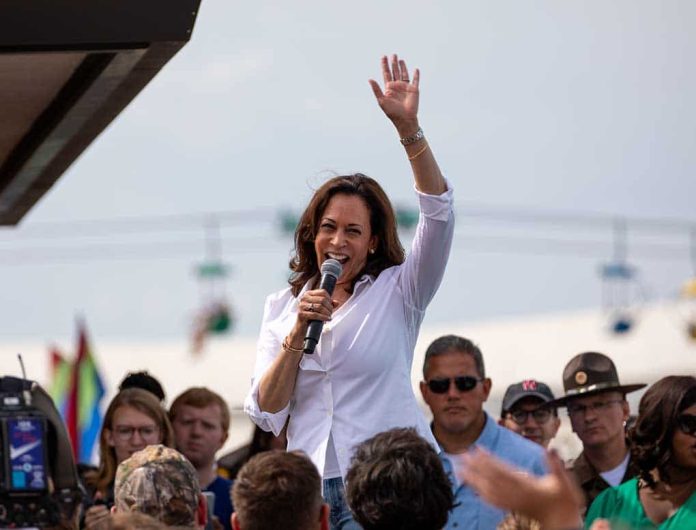 (UnitedVoice.com) – As the August 31 withdrawal date rapidly approaches, the US military is trying to evacuate thousands of people from Afghanistan. Meanwhile, Vice President Kamala Harris is on an overseas trip, trying to bolster America’s standing in the world. But in a recent press conference, she made an embarrassing mistake.

In Singapore, on August 23, Harris and Prime Minister Lee Hsien Loong spoke to the press. One reporter asked the vice president what she thought went wrong in Afghanistan. The journalist talked about people being trampled as they tried to escape, and pointed out that Americans are still stuck in Kabul.

Instead of answering the questions directly, Harris bumbled her way through nonsense about President Joe Biden being sad about the images coming out of the country.

Watch as Kamala scrambles on camera and appears to check her notes to remind herself that Biden has "expressed sadness" at the horrific scenes in Afghanistan.

This Administration is such a devastating embarrassment. pic.twitter.com/76m1ePESiR

The vice president stumbled over her words and checked her notes. It was as if she wasn’t prepared at all. Worse, it seemed as though she didn’t know what she was talking about regarding Afghanistan. That’s not a good look when thousands of troops are overseas trying to clean up a mess the administration created by not properly preparing for the withdrawal.

A lack of preparation seems commonplace within the Biden administration.