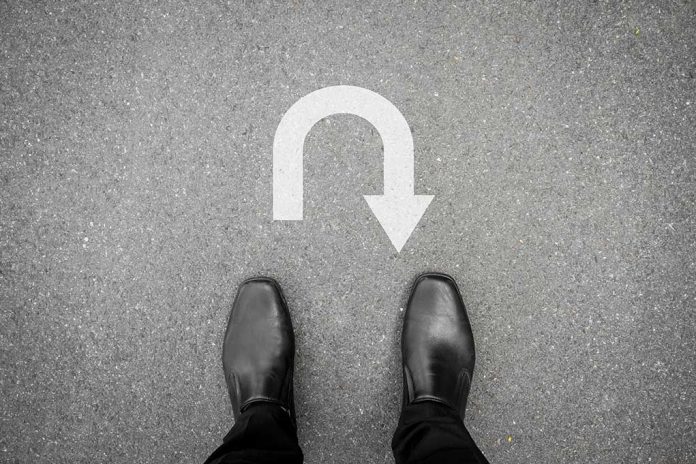 (UnitedVoice.com) – President Joe Biden has more problems than a bear stuck in a trap. It’s difficult to envision how he might escape or how Democrats could benefit from his collapsing poll numbers. In May, Biden’s strongest approval ratings were on his COVID response. Since then, he’s abandoned his previous position against vaccine mandates and faces unexpected pressure within the Democratic Party.

Over the summer, the administration announced three different vaccine mandates. One was for employees and contractors of the federal government, the second was for healthcare workers and those who work in nursing home care, and the third was a broad workplace safety COVID vaccination mandate. The administration knew the orders would be polarizing but believed they had the upper hand with voters who would support their Democratic leaders. That support appears to be disappearing.

When Biden agreed to implement the vaccine mandates, the administration concluded any political damage the president would incur would be minimal. That may have been a wild miscalculation. Biden’s initial gut reaction last December was the correct one. He believed a vaccine mandate would be so polarizing it would entice resistance. In 2020, Biden ran hard against former President Donald Trump, calling him divisive and suggesting he did nothing to curb the pandemic — despite operation warp speed and the development of three vaccines. Now, his entire presidency may be at stake because of the vaccine mandates.

Federal judges are slapping injunctions against the three vaccine orders in the courts. The mandates likely won’t overcome Constitutional challenges. Biden knew this before he implemented them but hoped the country would respond out of intimidation and coercion before the courts overruled him. It largely worked, but at a price to Democrats.

Nationwide, several Democratic leaders are bailing on Biden’s vaccine mandates. On Monday, Democratic Michigan Governor Gretchen Whitmer publicly opposed Biden’s directive even though she executed some of the harshest mitigation orders in the country in 2020. It’s hard to tell if the governor is genuine. It could be a ploy because Whitmer is up for re-election in 2022, but she has refused to implement a mandate at the state level. The governor stated if Biden’s mandate goes into effect, the state will lose valuable employees.

Whitmer isn’t alone. Democratic New Jersey Gov. Phil Murphy recently won a razor-thin election. He is shying away from a statewide vaccine mandate for teachers and public workers. New York Gov. Kathy Hochul, a Democrat running for re-election in 2022, expressed opposition against broad mandates for private-sector workers in her state.

Then there’s this surprise: On Wednesday, the US Senate issued a strong rebuke of Biden’s workplace mandate. The Senate invoked the Congressional Review Act to fast-track the process to eliminate an executive branch rule. Joining Republicans were two Democrats — Sens. Joe Manchin (D-WV) and Jon Tester (D-MT). Manchin expressed his opposition to the federal government’s mandate from the beginning. Tester stated he’s been listening to businesses in Montana who say the order will severely harm their companies.

While it’s a blow to the White House, it’s not clear if the House will garner enough votes to concur with the Senate. If it does, and it is possible, the White House promises to veto the measure. That would make the resolution against Biden’s workplace mandate largely symbolic but not unimportant.

As Biden’s approval ratings continue to tank, it’s not just the polls challenging the president. Now, some Congressional Democrats and leaders around the country are also beginning to question the president. How many of them are willing to sacrifice their political future for a wounded president?

Once a few Democrats start to distance themselves from the president, it may be nearly impossible for Biden to recover, and it could hamper him for the rest of his presidency. If lawmakers sense Biden is a threat to their reputations or re-election chances, they may oppose him on other measures as well.

Over the next few weeks, watch what happens to Biden’s Build Back Better semi-Socialist proposal in the Senate. Manchin might act boldly after officially coming out against the president on his COVID mitigation measures. Other Democrats like Manchin and Tester who hail from red states may follow.