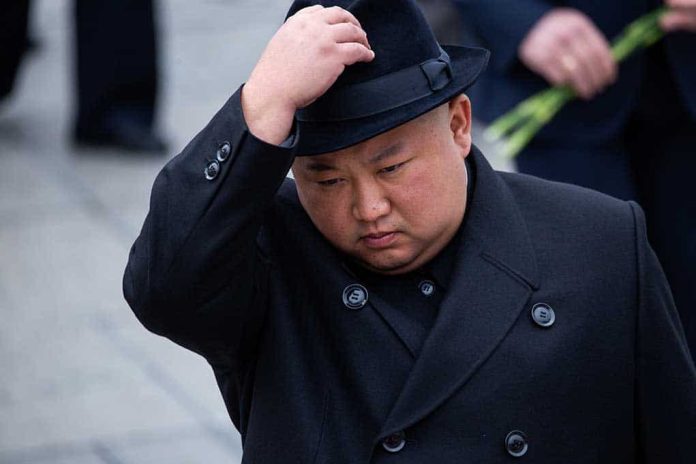 (UnitedVoice.com) – North Korea’s Kim Jong-un is known for his threatening comments and actions. His military has launched several missile tests in recent weeks, amping up the tension with South Korea. Now, the dictator is blaming the US for the problems in the region.

On Tuesday, during the North Korean Defense Development Exhibition, Kim claimed his military is developing weapons to protect itself from the US government. He accused America of “frequently sending signals that they aren’t hostile” toward the nation, but asserts there’s “no single evidence that they are not hostile.”

Kim went on to say the US antagonizes his country and is “raising tensions in the region with its wrong decision-making.”

North Korea showed off its growing arsenal in one of its largest-ever military exhibitions. Kim Jong-un vowed to further build up his country’s military might and said he didn’t believe the U.S.’s claims that it has no hostile intent against his country.https://t.co/MEJlRvQJMm

The North Korean leader made the comments while standing in front of an exhibition of weapons.

North Korea is prohibited from testing ballistic missiles and nuclear weapons under international law. The United Nations Security Council has issued a number of sanctions against Kim for defying the prohibition. The Korean dictator has also refused to disarm, despite multiple meetings with former President Donald Trump. Although Kim claims the US is causing the tension, he’s very clearly not done his part to deescalate the situation.