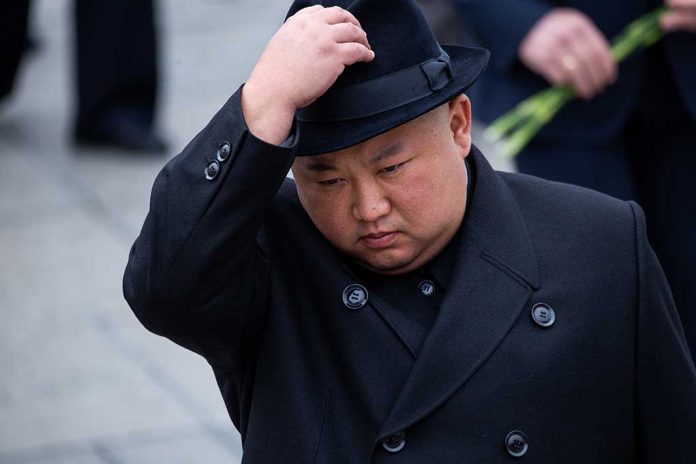 (UnitedVoice.com) – On July 27, 1953, after more than three years, the Korean War ended. Unfortunately, 5 million people, including 40,000 Americans, died before it concluded. In a recent public appearance, the leader of North Korea floated the idea of another battle.

During a speech on the 69th anniversary of the war’s end, Kim Jong-un spoke to veterans involved in the conflict. He accused the United States of “double standards,” slamming it for holding military drills with South Korea. As for its neighbor, he brought up previous statements made in April by SK Defense Minister Suh Wook about the US ally’s ability to launch a preemptive strike. The North Korean leader claimed he would annihilate the south if they ever tried to do such a thing.

Those remarks were all fairly run-of-the-mill for Kim, but then he escalated. According to the Korean Central News Agency, the dictator said his military’s nuclear war forces can mobilize “swiftly in accordance with its mission.” His remarks implied he would be willing to launch an attack on America.

North Korea does have a nuclear program and has an estimated arsenal of about 40 weapons. Experts estimate the country might have enough material to create more than 100 warheads. It also has missiles capable of hitting the US mainland. So, it seems Kim could attempt to hit America if he wanted to, but it would most certainly be the last decision he would ever have a chance to make.