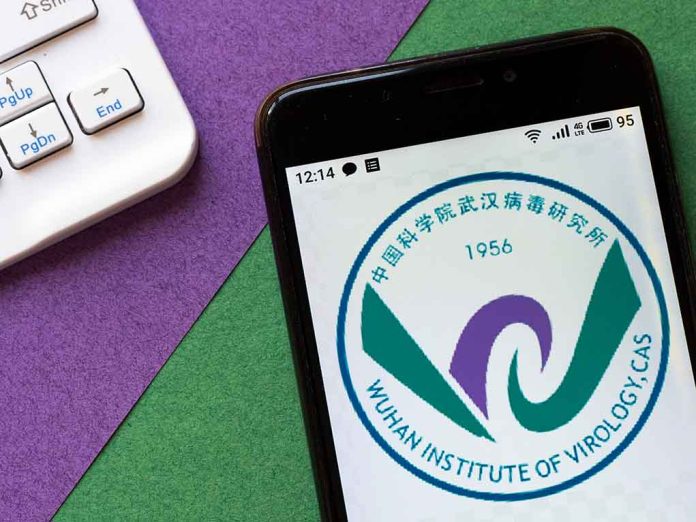 (UnitedVoice.com) – When the COVID-19 virus began to spread, questions arose about the never-before-seen illness. The world had absolutely no defense against it, making it incredibly deadly. Millions of people across the globe lost their lives to the coronavirus, and countless others are dealing with lasting effects on their health.

For more than two years, Conservatives have questioned whether the virus resulted from a lab leak in Wuhan, China. Democrats and the media have largely dismissed the possibility as a conspiracy theory. Still, a handful of Liberals recently agreed that an investigation into the matter should occur.

In the lead-up to the midterm elections, animal rights group the White Coat Waste PAC (WCW) sent out a survey to lawmakers running for office. The majority of the questionnaire addressed testing on animals and whether lawmakers were willing to take steps to reduce the practice. But pollsters tucked two questions into the survey specifically dealing with the COVID-19 pandemic.

One of the questions asked the candidates whether they would support “bipartisan Congressional investigations into whether dangerous US taxpayer-funded animal experiments in Wuhan, China, caused the COVID-19 pandemic?” or a variation of that wording.

Eight Democrats responded to the survey. Of those, seven indicated they would support such a probe. Those lawmakers are Reps. Matt Cartwright (PA), Chris Pappas (NH), Eleanor Holmes Norton (DC), Mikie Sherrill (NJ), Sanford Bishop (GA) and Elaine Luria (VA). Senator-elect John Fetterman (PA) said he does not support a probe into the lab leak theory.

Rep. Brendan Boyle (D-PA) responded to the survey but did not answer that particular question. However, he shared a tweet indicating he thinks there should be an investigation into the matter.

Highly recommend this @VanityFair piece. Getting to the bottom of the origins of COVID-19 is crucial if we are going to prevent the next coronavirus. https://t.co/9uy2AHK1TA

Some questionnaires also asked about gain-of-function research. It explained the experiments include manipulating viruses to make them more deadly. WCW asked the respondents if they’d be open to suspending “taxpayer funding for gain-of-function experiments.”

The surveys Cartwright, Sherrill, and Pappas received didn’t ask about that specific research. Luria, Bishop, Norton, and Boyle said they were willing to suspend funding for gain-of-function projects. Fetterman didn’t have an answer either way but said he would be willing to learn more.

The survey indicates there’s bipartisan support to investigate the pandemic’s origins, no matter how thin the margin. Conservatives believe the American people deserve answers, and lawmakers should do everything in their power to provide them.