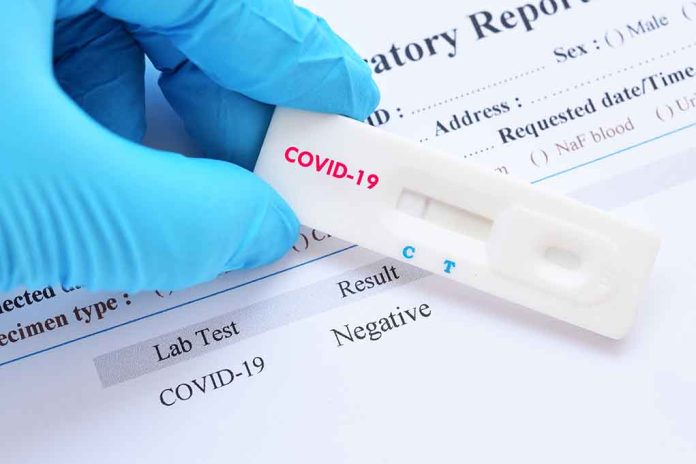 Lab Under Investigation After What It “Missed”

(UnitedVoice.com) – A Chicago laboratory is under investigation after it turned out its COVID-19 tests didn’t work. Nevada public health officials say the lab’s tests only caught one case in 25. Worst of all, there were plenty of red flags state officials seem to have missed.

On May 16, nonprofit journalism center ProPublica reported Nevada is investigating Northshore Clinical Labs over the testing services it provided to the state during the COVID pandemic. Multiple government agencies in Nevada, including school districts and the University of Nevada’s Reno campus, hired the lab. Unfortunately, its tests failed to detect 96% of positive cases.

I'm SHOCKED, I tell you: "… Northshore used political connections, including contracting with the sons of a close friend to the governor, to fast-track its … application and secure testing agreements with five government entities in the state."https://t.co/h1nySt4e05

In fact, there were questions about Northshore’s testing much earlier. Health workers took two swabs during COVID tests; one was immediately used for a rapid antigen test, while health officials sent the other to Northshore for a (theoretically) more accurate PCR test. Washoe County health official Heather Kerwin noticed many people were testing positive on the initial test, but they were negative when the PCR results came back from Northshore. Kerwin raised this concern with Washoe County’s assistant manager, who was negotiating with Northshore to test local residents, but he ignored her and hired Northshore anyway.

ProPublica found Northshore aggressively chased testing contracts in Nevada and used political connections to rush its application through the system. State officials seem to have been, at the very least, careless in dealing with the company. In January, investigators found Northshore had run unlicensed testing sites across the state but allowed them to continue. This lab has billed almost $165 million to the state, paid by taxpayers’ money to provide worthless tests. Shouldn’t public officials spend our money more wisely than this?