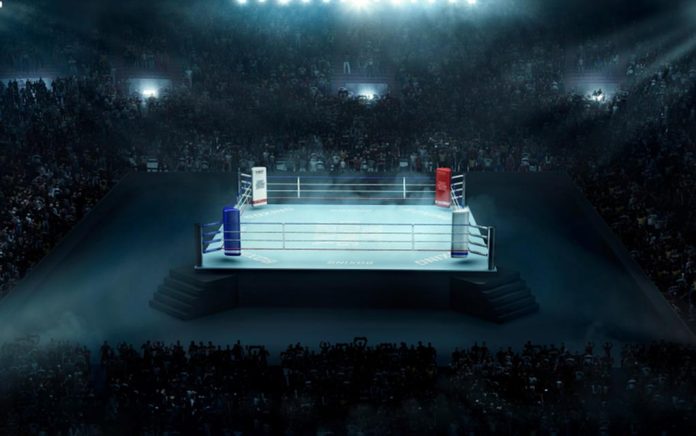 (UnitedVoice.com) – If you love debates, the latest Democratic event in Nevada on Wednesday night did not disappoint. You didn’t even have to be a Democrat to like this one… In fact, if you’re a Republican you were probably watching with sheer delight.

The uncontrollable hostility at times was pure entertainment. The crowd seemed more like they were at a boxing match than a debate. Sen. Bernie Sanders (D-VT) and Mike Bloomberg were landing blows at one another. Sen. Elizabeth Warren (D-MA) was on a terror to prove she belonged. The two moderates, former South Bend Mayor Pete Buttigieg and Sen. Amy Klobuchar (D-MN) went after each other viciously. And, former Vice President Joe Biden tried to land his punches but knocked himself out talking about how great he made Obama.

Seriously, it felt more like fight night on HBO than debate night.

These guys weren’t even wearing any gloves. Instead, they were wearing steel-toed shoes and they were kicking where it hurts.

What did they accomplish?

Absolutely nothing other than to validate my view that the Democratic party is exactly what I think they are… a minority party.

What it all boils down to is one thing… Is the Democratic Party a capitalist or socialist party?

Democrats Are the Party of Anti… Everything That’s Not Poor

As I watched the debate, I didn’t hear Sanders or Warren talk one time about policies that would lift people out of poverty or the middle class into the wealthy. They didn’t talk about entrepreneurship or education in a meaningful way that would create opportunities.

What I heard was:

Never mind that, if given the option, I don’t think there is one American who doesn’t want to be rich, or at least significantly better off than they are right now.

The demonizing of wealth and promotion of socialism is bad — no… it’s horrible for the Democratic party and it’s even worse for the country.

Capitalism vs. Socialism Stole the Show

Forget about the theatrics and the pompous showmanship. The whole evening boiled down capitalism vs. socialism.

It was extraordinary… after Sanders bashed wealth he accused the wealthy like Bloomberg of being “immoral.”

In return, Bloomberg reminded Sanders that he was the most well-known millionaire in the country who got rich never running a business and owns not one, not two, but three homes.

Bloomberg went further and was unapologetic for his wealth and expressed pride in his accomplishments. He said he earned it and was giving it away.

When asked about his socialism, Sanders blew off the question and said that America is already a socialist country.

However, Sanders’s brand of socialism is so far left that he has capped his support and will have a very difficult time expanding his base.

After Sanders made his case for why his brand of socialism was good, Bloomberg said what the rational, real-world was thinking — “I can’t think of a better way to elect Donald Trump than for people to listen to this conversation.”

Bloomberg then said the country is not going to “throw out capitalism,” a move that has resulted in “communism” in other countries.

Historically, many people who vote are older. In Iowa and New Hampshire that has been true thus far. For those over fifty, it’s easy to remember the Cold War fight against Russian communism or the Vietnam War — which was also against communism. Or, how about the Bay of Pigs and communist Cuba?

Communism is a form of socialism and when older people in the heartland or the south hear those terms, they are generally very turned off by them. They aren’t going to vote for someone who acknowledges openly they are a socialist even if many of them want social government programs like Medicare.

Sharing the wealth sounds good until you realize it also means also sharing your present and future wealth. Few want to share what they worked hard to earn with those who didn’t earn it.

At this pace, Democrats are ensuring that Donald Trump is re-elected in November.

Democrats have managed to do to themselves what Republicans could not — marginalize and divide their party to the point they are a minority party.

Wednesday night’s debate came down to one thing… exposing that the election will be about the economics of capitalism vs. socialism.

The Democrats are in serious trouble!

The opinions expressed above belong to the author and do not necessarily represent those of the publisher.