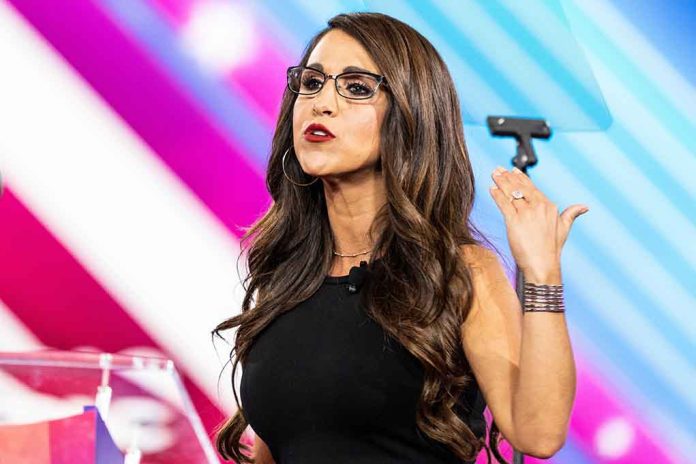 (UnitedVoice.com) – When the new Congress met on Capitol Hill on Tuesday, January 3, they planned to elect a new Speaker of the House. For weeks, rumors swirled that Rep. Kevin McCarthy (R-CA) didn’t have enough votes to get over the threshold for the election. Still, he moved his stuff into the House speaker’s office and headed to the floor to make a bid for the job. One congresswoman wasn’t happy about his speech.

Ahead of the vote on January 3, McCarthy offered a last-minute pitch to his colleagues. According to CNN’s Melanie Zanona, the lawmaker swore in his speech, telling his fellow Republicans that he wouldn’t negotiate with them any longer. Rep. Lauren Boebert (R-CO) reportedly yelled, “Bull**it” in response to his declaration.

McCarthy went on to lose three votes for the speaker position that day. The following day, he lost the vote three more times. Boebert hit the cable television circuit, speaking out against the Californian Republican. The congresswoman appeared on MSNBC and spoke to host Stephanie Ruhle. The lawmaker said she hoped her party would “find a consensus candidate” to unite the party. Ruhle pointed out that Congress isn’t doing its job while the House goes without a leader.

Boebert also appeared on Sean Hannity’s show on Fox News, where she sparred with him over her decision to vote against McCarthy. The television host told the lawmaker that more than 200 members of the GOP caucus support McCarthy, but 20 members, including Boebert, are preventing his nomination from moving forward.

damn, Sean Hannity was not having it with Lauren Boebert last night pic.twitter.com/hkwiX9g6Gw

Boebert spoke out about how DC was operating on Twitter and claimed the drama over the House speaker was because the swamp was being “disrupted.”