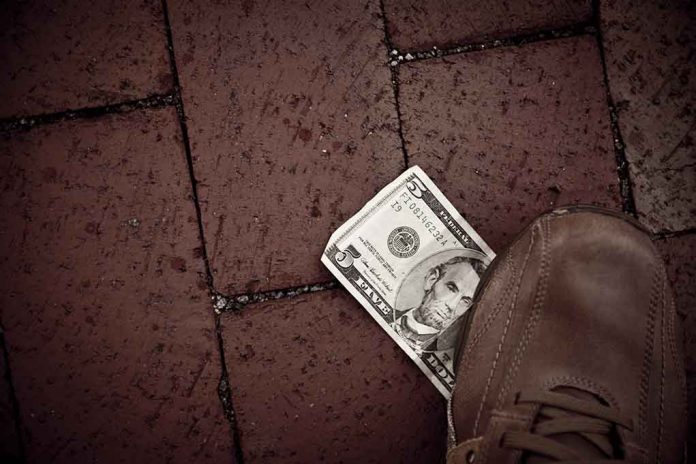 Police WARNING – If You See This DO NOT Pick It Up!

(UnitedVoice.com) – Many people would consider it a lucky day if they found money lying on the ground. That’s especially true in this day and age when inflation is out of control and a gallon of gas costs as much as a package of ground chuck. However, a Tennessee law enforcement agency is warning people against picking up money.

On June 9, the Giles County Sheriff’s Department issued a warning to citizens. The department revealed that on at least two occasions, people found folded-up dollar bills on the floor of a gas station. When they picked up the money, they discovered a white, powdery substance inside. Deputies tested the powder, which was methamphetamine and fentanyl in both cases.

The department asked parents to warn their children against picking up folded money off the ground at stores, playgrounds, and other public places.

The #Tennessee Giles County Sheriff’s Department has warned the public not to pick up folded dollar bills found on the ground because they may contain fatal amounts of fentanyl.#GilesCounty #fentanyl pic.twitter.com/OuPv3I3yQu

According to the CDC, the human body can absorb fentanyl (synthetic opioids) via oral exposure or ingestion, inhalation, or skin contact. The DEA warns as little as 2 milligrams of fentanyl can lead to a lethal overdose; that’s about the size of two grains of salt. It’s unclear exactly how much of the substance was in the dollar bills.

If you or someone you know experiences or suspects fentanyl exposure, call 911 immediately.