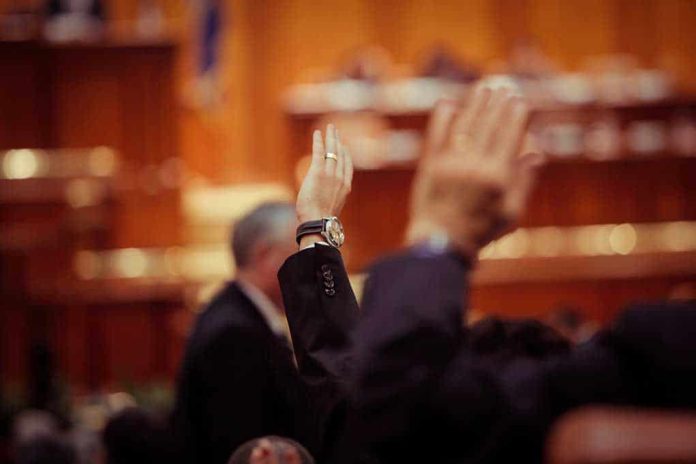 (UnitedVoice.com) – Republican lawmakers have been working to keep Critical Race Theory (CRT) out of public schools, the government, and the military. They’ve been quite successful in Red states. Now, they’ve taken a major step toward keeping it out of the federal government as well.

On August 10, the US Senate voted on Senator Tom Cotton’s (R-AR) amendment to a budget reconciliation package that would ban federal money from being used to promote CRT in schools. The motion passed on a 50-49 vote. Senior fellow at the Manhattan Institute, Christopher Rufo, praised Cotton, saying, “The fight against CRT has gone national” and the senator is leading the way.

BREAKING: The Senate has voted 50-49 to pass @SenTomCotton's amendment to prohibit federal funds from being used to promote critical race theory in K-12 schools.

The fight against CRT has gone national—and Sen. Cotton is leading the way.pic.twitter.com/6MpA8hDhpb

CRT is the idea that America is inherently racist and that alleged racism has shaped every aspect of American culture from education to the criminal justice system. Republicans believe it teaches kids to hate themselves and each other based solely on their race.

Every Democratic lawmaker voted against the amendment except Senator Joe Manchin (D-WV). All others support spreading the racist theory in schools across the US. Ironically, they also claim to want to end so-called “systemic racism” in the country…CRT does the exact opposite.