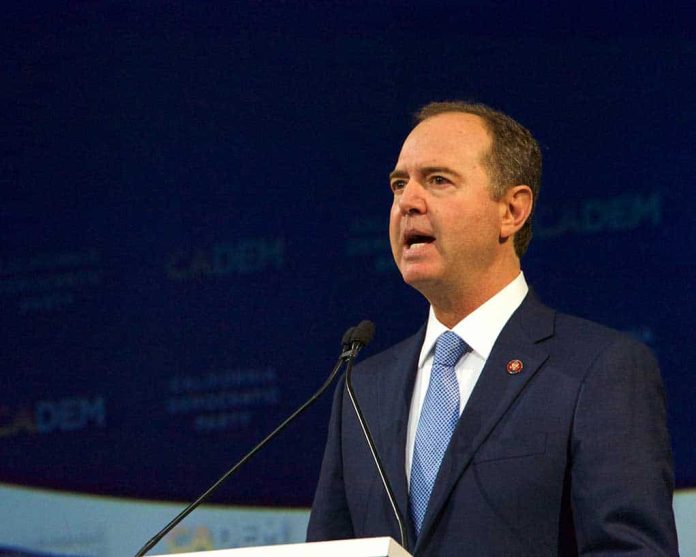 (UnitedVoice.com) – Democrats owe America a huge apology for their mischievous role in making false claims of Russian collusion against former President Donald Trump and putting the country through an expensive investigation over a lie. From 2017 to 2019, Democrats mired the Trump administration in fake allegations as they claimed to have proof the Trump campaign did something wrong. The Mueller investigation put the matter to bed after spending over $30 million in taxpayer funds determining what the Democratic Party already knew – there was nothing there.

In late 2019, then-Attorney General William Barr appointed US Attorney John Durham to investigate the origins of the Trump Russian collusion narrative. As the scope of the investigation comes into focus and grows tighter around former Democratic presidential nominee Hillary Clinton, two people have been indicted.

Now, the lead antagonist in Congress, Adam Schiff, is doubling down after the arrests and says they don’t prove anything regarding the fake narratives that Trump did something wrong or illegal in 2016.

Schiff Should Be Very Concerned

Recent evidence is putting the spotlight on Clinton and the Democratic Party as the potential source of the fake Russian collusion scandal. From day one of the Trump presidency, Rep. Adam Schiff (D-CA) became the leading antagonist. He repeatedly claimed to have evidence of Russian collusion even though Special Counsel Robert Mueller found no such thing. For his part, Schiff never produced the evidence he claimed to have in his possession and relied heavily on the Steele dossier.

On Sunday, November 7, federal authorities arrested Russian citizen Igor Danchenko after a jury indicted him for lying to the FBI in 2016 and 2017. The indictment accuses Danchecko of lying to the FBI about his sources to make up the now-discredited dossier.

In 2019, Schiff heavily attacked Durham’s appointment and did his best to kill the investigation. Had it been up to him, there would have been no special counsel looking into the matter and no indictments. He claimed the inquiry would destroy our democracy and delegitimize President Joe Biden. He said the investigation was politically motivated despite evidence to the contrary.

Pressed by #TheView guest co-host @MorganOrtagus on the Steele dossier, @RepAdamSchiff responds: “It’s one thing to say allegations should be investigated…it’s another to say we should have foreseen in advance that some people were lying to Christopher Steele.” pic.twitter.com/8EgvKW0tgJ

Ortagus asked Schiff if he had any reflections on promoting the hoax on America after Danchecko’s arrest and revelations he made up the dossier facts. All Schiff would say was if someone didn’t tell the FBI the truth, the Department of Justice should prosecute them. He added that he had no way of knowing someone lied to Steele.

Making matters worse, Schiff went on to say the discredited dossier didn’t undercut Trump, to which Ortagus shot back and said, “No, I just think your credibility is (diminished and undercut).”

Is America about to learn the truth about the Russian collusion hoax? How close will the case get to Hillary Clinton?

So far, Durham has made two arrests. More could be on the way, and new bombshell revelations may follow.