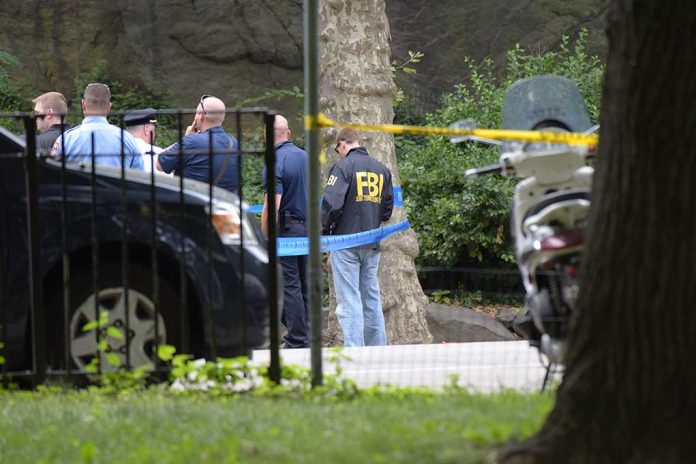 (UnitedVoice.com) – Just days before the scheduled end of the school year in late May, a shooting massacre took the lives of 19 fourth graders and two teachers in Uvalde, Texas. On May 24, it took police an hour and 14 minutes before they finally killed the teenage gunman. Now, someone has leaked a video of the horrifying event to the Austin American-Statesman. It reveals how police failed to launch a response to the shooter and save as many lives as possible.

After the release, public officials and parents expressed outrage that someone made the video available before victims’ families had a chance to see it. The release of the footage came as some victims’ parents attended meetings in Washington, DC, with elected officials to discuss gun control measures. At a press conference, family members said they were shocked, angry, and sad the video was made available to the public.

On Tuesday, July 12, the media aired the leaked video of the law enforcement response to the shooting. The footage forced the victims’ families and friends to relive the trauma that day as they stood outside the school building pleading with police to save their kids. Children were inside the building on the phone with 911 pleading for help as well.

So, what was on the leaked video? It includes a timeline with security footage from a funeral home as the gunman wrecks his truck in a ditch and enters the school. It has 911 calls from within the building and shows officers going back and forth in a hallway. Viewers can also hear the sound of gunfire. Still, there was no footage showing assaults on children, teachers, or the gunman.

One family said the leakers should be ashamed and hoped that person never has to deal with the hurt loved ones continue to experience. Another said they believed someone from Uvalde was responsible for the leaked video.

The victims’ loved ones weren’t the only people to respond to the leaked footage. Director of the Texas Department of Public Safety Steven McCraw tweeted that he was highly disappointed that victims’ families didn’t have an opportunity to view the video before the public saw it. He blamed the lack of response by law enforcement for the failure to protect more people that day.

Uvalde Mayor Don McLaughlin also expressed outrage and disappointment that someone leaked the footage without considering the families.

A Source of Debate

Over the last several weeks, many have debated whether or not the video of the mass shooting should be released. Texas Gov. Greg Abbott (R) and Mayor McLaughlin said the public had a right to see what happened. Yet, the Uvalde County district attorney said while the investigation was ongoing, he opposed its release.

State Rep. Dustin Burrows (R) is the chairman of the state House committee investigating what happened during the shooting. He said the committee planned to show the video to the Uvalde committee on Sunday and release it to the public afterward. The video leak to the press beat him to it.

Some say the release may bring closure and start the healing process. Still, many in the community are protesting and demanding stronger gun control laws. After what happened, some residents said they don’t trust the local authorities and wanted answers.

Will their demands influence lawmakers to pass harsher gun control measures? Will the state open an investigation to help alleviate families’ fears?