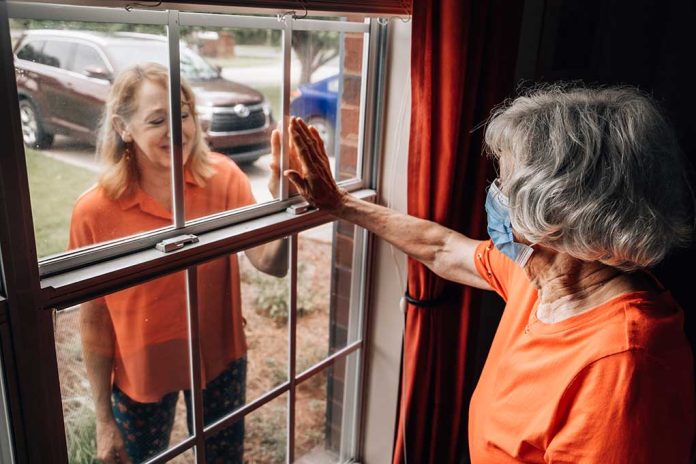 (UnitedVoice.com) – Democrats are always looking for a way to give away more taxpayer dollars, redistribute wealth, and erode America’s foundation. In 2010, Obama White House Chief of Staff Rahm Emanuel said that Democrats shouldn’t let a good crisis go to waste. They don’t view tragedy through a lens of compassion. It’s an opportunity for a power grab. The Left is very good at it. Their only problem is that some in the country caught on to the Left’s shenanigans.

In February, Democrats passed the American Rescue Act. Numerous economists warned against it, suggesting the legislation would overheat the economy and cause several problems. Democrats passed it anyway. Included in the bill were another cash stimulus payment and a new way to cozy up Americans with monthly government checks through a child tax credit program.

In addition, the Biden administration renewed an extension of the eviction moratorium. On Saturday, July 31, the far-left House congressional group known as the “Squad” lambasted its expiration. The Left viewed the pandemic as a way to begin expanding government powers they hoped to make permanent and build on.

Does the Left Want to Make COVID Lockdown Powers Permanent?

Left-wing Democrats seized on the pandemic to create more government dependency, and in turn, they hope to make more Democratic voters. Dependency on the government is a mindset driven by fear, which is precisely where Democrats need people to be. Anxiety drives votes.

The eviction moratorium is a glaring example. When people get something for free, they don’t want it taken away from them. It’s human nature. What’s not human nature is a perpetual state of getting something for nothing. There is no such thing.

By helping one group of people, Biden’s eviction moratorium significantly hurt another. He could have stopped it. One judge ruled it unconstitutional but didn’t enforce the ruling due to appeal. Throughout the pandemic, landlords maintained their properties, kept their insurance, and paid the mortgages and taxes — often without rental income.

Who are the people the government stiffed? The majority of landlords across the country are individual investors. Collectively, they own approximately 23 million units. Many live on the income their rental properties afford them. At the end of June, about 6 million renter households were behind on their rent. Stories are piling up of people owning $5,000 to $15,000 or more in back rent with no recourse available to landlords.

Where is the Democrats’ help for them?

It’s non-existent. Many Democrats see landlords as greedy business owners who steal from the poor. It’s the Left’s pervasive and destructive worldview of businesses, generally. When was the last time you heard someone on the Left praise someone who attained wealth through hard work, struggles, and sacrifices? Instead, Democrats like former President Barack Obama told successful people, “you didn’t build that.” That’s the mantra of the Left.

Why Is the Left’s Agenda so Destructive

Let’s cut to the chase. The Left’s agenda is destructive not just to society but also to individuals. Over the last 100 years, American innovations were the product of hard work. Automobiles, planes, space programs, clean drinking water, the internet, and the greatest living standard in world history happened because of working people.

Government dependency is a mindset. It’s fear of stepping out to do something great because one could lose a government benefit. Instead of putting more people on government dependency, perhaps the government should develop programs that help people realize their dreams and hopes and ask them to use their God-given talents and skills to benefit themselves and society.

Americans deserve a chance to perform meaningful work, offering them dignity and self-respect. Until America wakes up and pushes back against the Democrat’s Leftist agenda, that won’t happen.