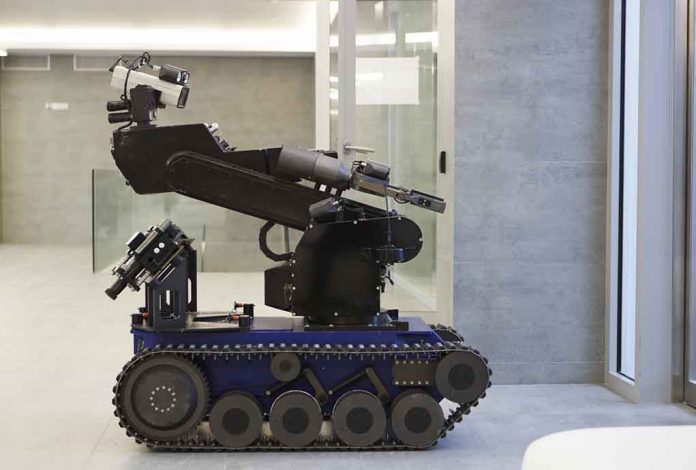 (UnitedVoice.com) – In 2016, a sniper shot 12 Dallas, Texas, police officers and two civilians. Five law agents died as a result. Law enforcement officers were able to stop the shooter by sending a robot armed with C-4 into a parking garage, where he entrenched himself, detonating it. Six years later, supervisors in another city have given their police department permission to use similar bots.

On November 29, the San Francisco Board of Supervisors voted 8-3 to allow the police department to use armed robots in deadly situations. The new guidelines only allow high-ranking officers within the San Francisco Police Department (SFPD) to decide when to use lethal force, but critics argue the rules are vague and say it further militarizes the force.

The SFPD doesn’t currently own any pre-armed robots and doesn’t plan to attach guns to them. However, Allie Maxie, a department spokesperson, told the Associated Press the new guidelines allow officers to deploy a robot with an explosive device that could turn the tide by disorienting or incapacitating “violent, armed, or dangerous suspect[s].” She claimed law enforcement would only deploy the bots in “extreme circumstances.”

Supervisor Rafael Mandelman (D), one of the proponents of the robots, spoke out against Democrats attacking law enforcement. He said the anti-police policies and rhetoric are bad for the city and the Democratic Party on the national level.

Do you support the use of killer robots in situations like what the Dallas PD faced? Do you think they will keep officers safe?