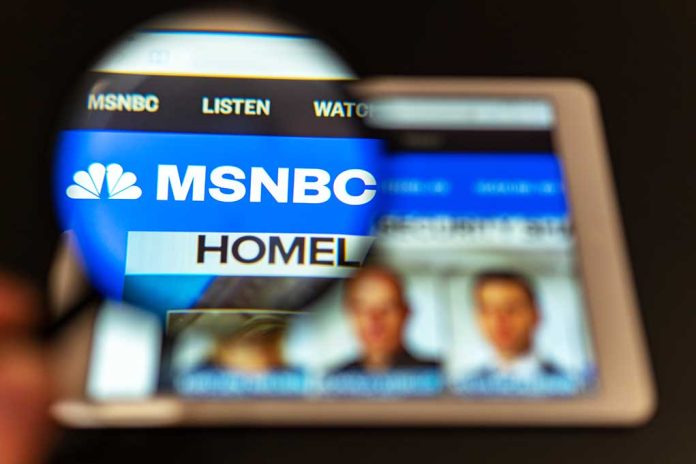 (UnitedVoice.com) – When Russia started bombing Ukraine, world leaders sprang into action. Many countries opened their borders to the hundreds of thousands of refugees who were fleeing for their lives. Instead of commending leaders and average people for helping those in need, an MSNBC host is screeching about discrimination.

On Monday, March 7, Joy Reid laid into Western media on the final segment of her show “The ReidOut.” She attacked the press for an alleged “racial disparity” in the way the media has covered the Ukrainian refugees compared to their “browner and blacker counterparts” who have experienced similar conflicts. During the segment, Reid brought up the war in Yemen which triggered a massive humanitarian crisis. She said there hasn’t been the same solidarity for the Yemenese as the Ukrainians.

The host played a few clips of news reporters making remarks about the appearance of the migrants. Reid claimed the horror isn’t the same when Russia carries out attacks on populations that aren’t as white and Christian as Ukraine.

.@JoyAnnReid: "There is a lot of soul-searching we need to do in Western media about why some wars, and lives, seem to matter more than others, and why some refugees get the welcome mat, while others get the wall." #TheReidOut pic.twitter.com/NYH9fUc7ME

Reid isn’t the only Leftist who feels that way. Trevor Noah, host of Comedy Central’s “Daily Show” has also been ranting about it lately. He, too, believes the coverage is racist.

It’s interesting that the two television hosts have decided this is the war they’re going to wage. Women and children are fleeing bombs and two Liberals are sitting in their cushy offices, screaming about racism.

Do you agree with Reid and Noah?