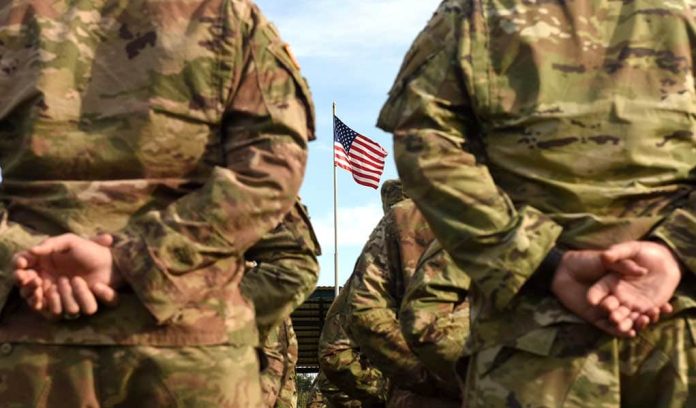 It’s been a decades-long issue for Democrats. They’re weak on national defense and don’t understand the global threats facing America. After the Clinton and Obama administrations, Republican presidents rebuilt the military instead of advancing their mission. So, here we go again now that the federal budget season is upon us.

Some Dems Call for Military Reductions

Reps. Mark Pocan (D-WI) and Barbara Lee (D-CA) lead the small group of Leftists making demands. They argue because America’s war in Afghanistan is over, the military no longer needs the money. They want to dedicate funds to social welfare, fighting poverty, and the Green New Deal initiatives. That’s a misguided perspective considering the global threats facing the United States.

There’s potentially going to be another bruising brawl in Congress. Smith’s initial baseline defense budget aligns with President Biden’s budget request of $716 billion, an increase of 1.6% over the 2021 budget. However, when adjusted for inflation, the budget proposal decreases the Pentagon’s budget and significantly reduces the Trump administration’s projected $722 billion for the upcoming year.

In the Senate, it’s a whole different ball game because Democrats need 10 Republicans to pass spending authorization measures. The Senate Armed Services Committee is seeking $25 billion more than the House or Biden administration want, for a total of $740 billion. In the end, the two chambers of Congress will work out the difference.

Lee and Pocan believe the Senate’s request is way beyond the pale. However, the bipartisan National Defense Strategy Commission recommended defense spending increase a minimum of 3% higher than the inflation rate.

For now, President Biden is ready to refocus the armed forces on China and Russia. As the two foreign powers increase their militaries, the US needs to update its strategic might. That’s not cheap. House Armed Service Committee ranking member Mike Rogers (R-AL) agreed and filed an amendment to increase the House proposal by $25 billion to match the Senate.

On June 28, House Moderate Democrats rebuked their colleagues for proposing spending cuts to the military. The House’s Blue Dog Coalition says it will oppose any defense funding proposal below $753 billion. That’s $14 billion more than even the Senate proposal. The group said it might align with the GOP to increase the military funding to counter China.

Blue Dog Democrats said Congress should prioritize national defense as a top priority. That’s at complete odds with members on the Left, who don’t care about the threats emanating from China, Russia, Iran, North Korea or other hostile actors waiting for the United States to get out of the way so they can dominate world affairs.

Once again, the Left is playing with America’s future. Not only do they want to spend the US into oblivion, but they also want to weaken the military to aid foreign agents intent on harming America. Ultimately, their proposals would make the country less safe.

The Left might disagree with that assessment, but what other conclusions could one reach?