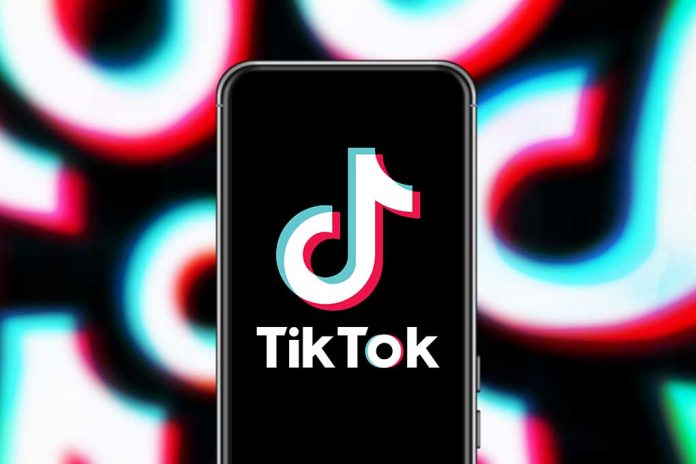 (UnitedVoice.com) – Across social media, Libs of TikTok has built one of the most influential conservative followings. While the account doesn’t offer much in the way of commentary, it reposts liberals in their own words, going viral for the crazy things they say. While no longer on TikTok, the Twitter page has a massive 1.1 million-member following. It regularly receives attention from conservative stars such as Fox News host Tucker Carlson and Florida Gov. Ron DeSantis.

On Tuesday, April 19, Washington Post journalist Taylor Lorenz posted a hit piece on the anonymous poster behind Libs of TikTok. The article created a firestorm after Lorenz used the power of the left-wing newspaper to expose who was behind the famous social media account. In doing so, Lorenz revealed her agenda and put innocent lives at risk.

In the hit piece, Lorenz named Chaya Raichik as the person behind the Libs of TikTok. In doing so, the newspaper even posted Raichik’s real estate license that included an address before later removing it. The Washington Post article described the social media account as a right-wing influencer who targeted the LGBTQ+ community and marginalized people to generate outrage. That’s despite the fact the account offers no commentary and only reposts videos of liberals in their own words.

In a message to DeSantis’ press secretary ahead of the story’s release, Lorenz told Christina Pushaw she would be exposing the Libs of TikTok poster and offered her an opportunity to respond. Pushaw tweeted the interaction, causing a storm among conservatives who accused Lorenz of doxxing and harassing Raichik.

The Bezos Post’s internet hall monitor is so excited to “expose” @libsoftiktok. Here is my comment: 🤡 pic.twitter.com/SodXls9NV7

Unfortunately, the story gets worse. Just before posting the article, Lorenz messaged a woman with the same name (Chaya Raichik). She asked the woman to message her immediately before the journalist exposed her for allegedly starting a hate crime against the LGBTQ community.

After the Post ran the article outing Raichik, a woman by the same name said she began receiving threats against herself and her family. Chaya Raichik is a stay-at-home mother with a separate popular Instagram account. The woman said she received numerous disturbing messages online from angry left-wing mob types who confused her with the person behind Libs of TikTok.

Raichik told Lorenz on her Instagram account that if anything happens to her or her family, the consequences are on her. She added that people were tweeting her parent’s home address and emphasized the journalist needed to clarify she was not the person behind the anonymous account.

The threats against innocent people highlight one of the reasons the creator of Libs of TikTok stayed anonymous. In the meantime, the real account holder said that she was in a safe, undisclosed location. On Tuesday, April 26, Libs of TikTok thanked Lorenz for helping them reach 1 million followers on Twitter.