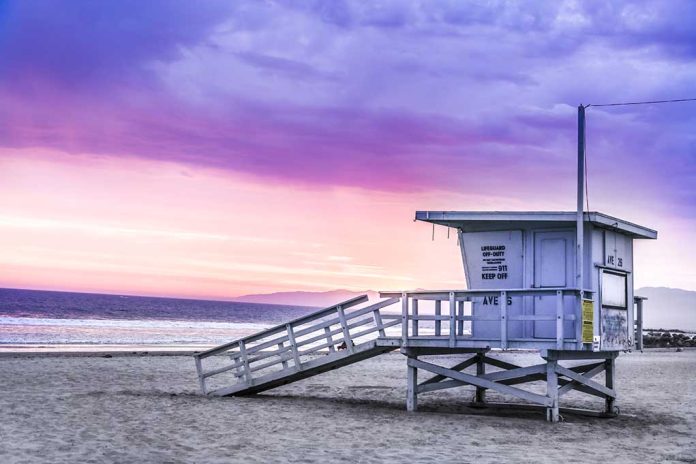 (UnitedVoice.com) – Being a lifeguard in Los Angeles County may sound like the perfect after-school job for a sporty teenager, or even a fun career for a few years out of college. In reality, LA lifeguards are specially trained first responders who earn a considerable amount of money in some cases. A government watchdog ran the numbers on lifeguards and found a slew of red-suited life-savers earning $200,000 a year and more.

Openthebooks.com did a comprehensive analysis of the compensation breakdowns of LA County lifeguards. The department’s top earner, Captain Daniel Douglas, raked in over $510,000 in total compensation last year. Of that, more than half was overtime pay, and he took in over $80,000 in the form of benefits. Lifeguard Chief Fernando Boiteux came in second at just over $460,000, and Section Chief Kenichi Ballew-Haskett ranked third at just under $410,000.

In total, 98 LA lifeguards pull in more than $200,000 per year. Adam Andrzejewski from Openthebooks explained that the lifeguard budget might not just be a California issue. LA County received $1.9 billion in funds from The American Rescue Plan. While there’s no way to tell exactly how much of those funds went specifically to lifeguards, Andrzejewski contends that it’s likely a fairly large number.

While it may be easy to imagine lifeguards basking in the sun all day in their wooden towers, not-so-anxiously awaiting a reason to run across the sand in slow motion, the reality is far different. Lifeguards in LA County are first responders. Some have extremely specialized training. In the case of the department’s highest earner, Captain Douglas, the breakdown of that half-million dollars suggests far more than a beach dweller with a bright white nose.

A spokesman told Fox News that Douglas and the other top earners travel the state and often the country providing services above and beyond their typical duties as ocean lifeguards. Douglas, for example, spent 114 days last year on a COVID-19 response team and another 80 days on wildfire management teams. Fighting the enormous fires common in California in the summer has become commonplace for many lifeguards.

How Much Is Too Much?

Even with the incredible workload, someone with Captain Douglas’ skillset performs for the county, how much is too much? Andrzejewski believes the outrageous salaries are the product of a closed electoral system. California is the country’s largest and most populous Democrat stronghold, leaving little for voters to do at the ballot box when issues such as these arise.

That being the case, maybe some people looking for a career change will consider heading to the Golden State to don the red suit of the iconic LA County lifeguard.