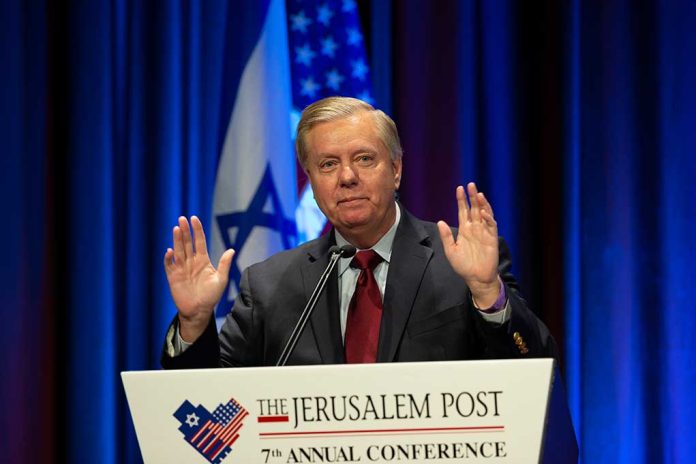 (UnitedVoice.com) – On Sunday, Democrats in the US Senate passed a partisan reconciliation bill that has many Americans deeply concerned about a specific provision. The “Inflation Reduction Act,” as the Left calls it, would inject $80 billion into the IRS’s budget and empower the tax collection agency to hire up to 87,000 new agents, doubling the size of the current workforce.

On Tuesday, August 9, Sen. Lindsey Graham (R-SC) and South Carolina Gov. Henry McMaster (R) met with the press to discuss the massive government expansion. Democrats need money to pay for hundreds of billions of dollars in climate change and health care initiatives. Graham called the IRS expansion a threat to working Americans and said, “God help us,” declaring Congress should divert the money to combat illegal immigration if given the opportunity.

The South Carolina Senator blasted the provision that, if passed in the House, would increase the size of America’s tax collection agency two times over. The long-time Congress member stated it was beyond him how any legislator could believe it was a good idea to unleash the federal government’s power on the middle class. He noted the opposition party in power wants to raise money from the wealthy but emphasized they have lawyers and accountants to protect them. The Senator indicated half of all tax audits conducted by collectors were against those who earn less than $75,000 per year.

Telling stories and offering a picture of the impact are strengths of a good communicator. Graham said the left-wing politicians planned to hire enough new auditors to fill the home of the University of South Carolina’s football team or virtually any other major college football stadium in the country. When watching a football game full of attendees this fall, he asked people to imagine each one as a newly hired IRS agent with the power to come for your bank account.

Graham said, “God help us” if the law passes and the IRS grows from 78,000 to 158,000 people. He noted they’ll need something to do, and they’ll leave no stone unturned to shake money out of people’s accounts. He stated if, given the opportunity, he would transfer the IRS’s new funding to the Border Patrol, which only has 18,000 agents.

Why Are Democrats Pushing Growth on IRS?

The IRS says it will not target middle-class Americans. Instead, it claims that out of the $80 billion, it will use $45.6 billion to hire enforcement agents. It would use the rest to upgrade its technology and add more customer support staff.

Still, many Americans are suspicious of the IRS declaration.

Is Graham right? Should you be concerned?