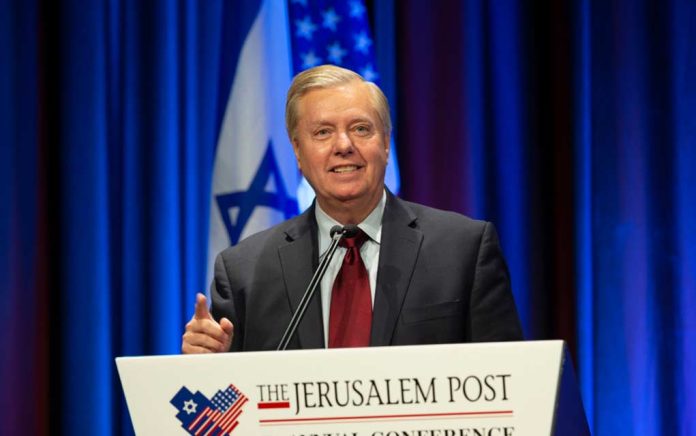 On Monday, September 21, Graham told Sean Hannity that Senate Republicans have enough votes to carry a judicial nomination. Trump’s preferred candidate should therefore be in place before November’s election.

His comments were in response to statements from House Speaker Nancy Pelosi (D-CA) and Rep. Alexandria Ocasio-Cortez (D-NY) and others. Pelosi considered the possibility of impeachment proceedings to block Trump’s nomination, while AOC encouraged her followers to “fight” the president’s pick.

Graham compared the current situation to the attempts to block Brett Kavanaugh’s appointment to the Supreme Court in 2018. On Saturday, he alleged via Twitter, that Kavanaugh’s difficulties in joining the court were the result of Liberal media bias.

* Harry Reid changed the rules to allow a simple majority vote for Circuit Court nominees dealing out the minority.

* Chuck Schumer and his friends in the liberal media conspired to destroy the life of Brett Kavanaugh and hold that Supreme Court seat open.