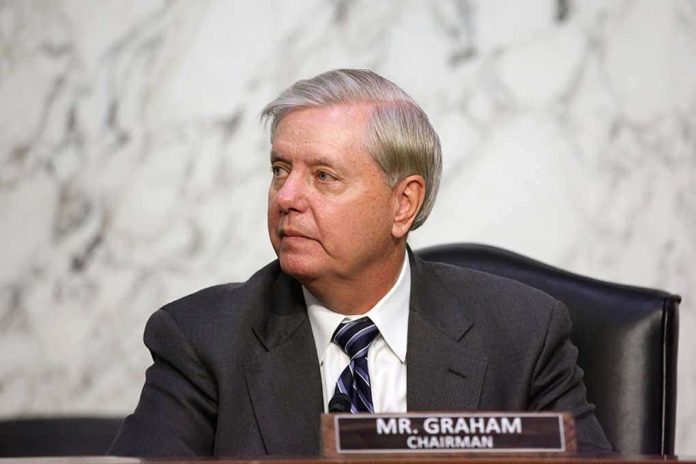 (UnitedVoice.com) – The Senate acquitted Former President Donald Trump of the impeachment charge against him on February 13. Forty-three Republicans voted against the Democratic witch hunt. And although Trump was victorious, many believe the Left set a dangerous precedent that might come back to bite them.

During an interview with Chris Wallace on “Fox News Sunday,” the day after impeachment, Senator Lindsey Graham (R-SC) said Democrats opened “Pandora’s box” when they impeached a former president. He said Vice President Kamala Harris might even face impeachment if the GOP takes back the House in 2022 because she “bailed out rioters.” One of the people bailed out by the fund Harris supported later “broke somebody’s head open.”

"We've opened Pandora's box."@LindseyGrahamSC says he doesn't "know how Kamala Harris doesn’t get impeached if the Republicans take over the House, because she actually bailed out rioters." pic.twitter.com/DkQRSWatdW

Republicans warned that the Left would not like the precedent they set before the impeachment process. They decided to go along with the allegedly unconstitutional trial anyway, now they could very well face repercussions. The 2022 election is shaping up to be one of the most important in history and it’s still almost two years away.