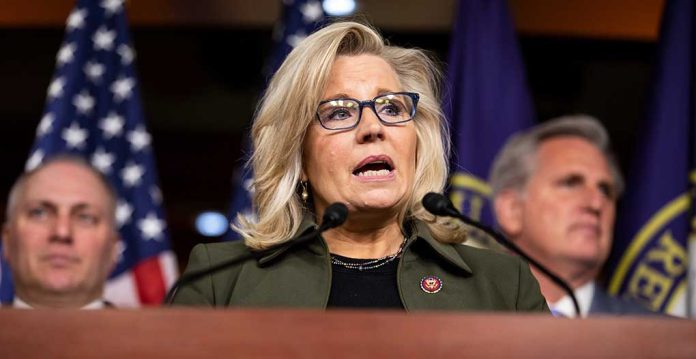 (UnitedVoice.com) – Rep. Liz Cheney (R-WY) won’t be returning to the House next session. Voters in Wyoming decided that the anti-Trump Republican doesn’t represent their interests, knocking her out with a primary loss to challenger Harriet Hageman. A former colleague of Cheney’s, Hageman is an avid Trump supporter and easily took the race.

Cheney didn’t just lose — pundits said Hageman crushed her. Wyoming is a deep red state, and despite her being very conservative for the bulk of her voting career, it seems that her steadfast decision to impeach former President Donald Trump was the final straw. To many, she’s merely a Republican in name only (RINO) who didn’t deserve Wyoming’s sole seat in the House.

Liz Cheney vowed to do all she could to keep Donald Trump out of the White House and said she would decide in the coming months whether to run for president herself, after she lost to a Trump-backed primary challenger in Wyoming https://t.co/e4wKEbVQxY 1/5 pic.twitter.com/hz6u8ZjL7A

The loss comes at the end of a tumultuous campaign for Cheney, who knew from the beginning her efforts were likely in vain. She broke $15 million in fundraising, a huge chunk for a primary in a state with a single seat. It wouldn’t help much, however, as it became clear there was no coming back from her stance on Trump.

Cheney instead doubled down and made her opposition to the former president her platform, going so far as to court Democrats in the process. Voters in Wyoming can change their party on primary day, vote, and simply change back the following election cycle. Considering she pulled under 30% at the polls, the tactic was futile.