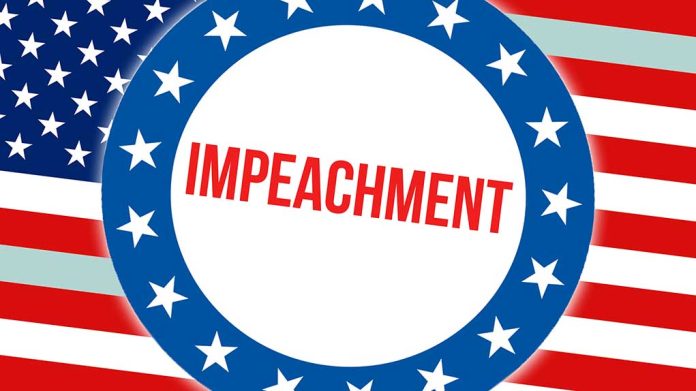 (UnitedVoice.com) – Philadelphia, Pennsylvania, the City of Brotherly Love, was the setting of the first Continental Congress. The Liberty Bell sits in the city as a reminder of its very significant role in the making of America. And, of course, filmmakers set the “Rocky” franchise there.

The beautiful city is in the midst of a crisis, though. Hundreds of people are being murdered every year in the place where the Constitutional Convention once took place. Shootings in the city are up even more than the killings. The Republican-controlled House took a major step toward setting things right.

On November 16, the state House of Representatives impeached Philadelphia District Attorney Larry Krasner. Lawmakers introduced House Resolution 240 to impeach the top prosecutor in October. It passed the House Judiciary Committee in a 14-8 vote on November 15 and proceeded to the full chamber.

According to reports, the House erupted in a fiery debate over whether the Democratic DA deserved to lose his job over what the resolution called a “lack of proper leadership.” Conservatives have pointed to a wave of violence in the city as proof he’s ineffective. As of this writing, city data shows 461 murders in Philly this year, and 432 died from gun violence.

Republican State Rep. Timothy Bonner told Fox News that Krasner has acted as though he’s above the law. He’s facing accusations of picking and choosing which laws to enforce. He said that while prosecutors have discretion on what charges to bring, “that power is not absolute, and it can be abused.”

The progressive DA responded to the impeachment in a message on Twitter. He accused Republicans of trying to erase Philadelphia voters by throwing out the person they widely elected. He claimed that history would “judge [the] anti-democratic authoritarian effort” to erase the votes of minorities and poor people.

Philadelphians’ votes, and Philadelphia voters, should not be erased. History will harshly judge this anti-democratic authoritarian effort to erase Philly's votes – votes by Black, brown, and broke people in Philadelphia. And voters will have the last word. https://t.co/22wAaNGkw9

Fox News also reported Krasner claimed Republicans didn’t show any evidence to connect his policies with the rise in violent crime. He dismissed the actions as a political stunt.

Now, the impeachment case goes to the Senate, where a trial will take place. The upper chamber will conduct its own probe. The action requires a two-thirds majority to pass.

Do you agree with the impeachment measures against Krasner? Should he be held responsible for the city’s out-of-control crime levels?