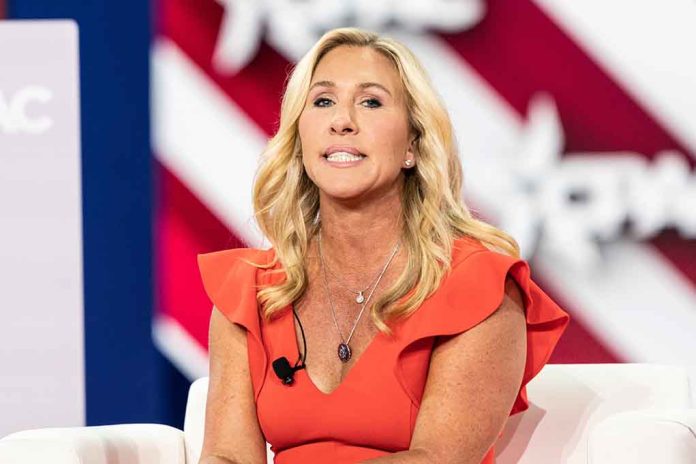 (UnitedVoice.com) – Republicans finally have control of the House of Representatives again after four years. They wasted no time getting down to business after choosing Rep. Kevin McCarthy (R-CA) as Speaker of the House. One of the first acts was to pick lawmakers to sit on the committees — and two Conservatives who Democrats previously booted from their assignments are now back.

Rep. Marjorie Taylor Greene (R-GA) lost her committee assignments in 2021 after reporters uncovered inflammatory remarks she made before taking office. Democrats and a handful of Republicans voted to strip her of her assignments for calling for violence against liberal lawmakers, comments about 9/11 being a hoax, and accusations that social media posters had faked school shootings. At the time, the freshman congresswoman said she regretted the remarks, but her explanation failed to move then-Speaker of the House Nancy Pelosi (D-CA), who brought the issue in front of the full House for a vote. They took Greene’s committees from her.

On January 17, the House GOP Steering Committee, headed by McCarthy, decided Greene would sit on the prestigious House Oversight and Homeland Security Committees. The congresswoman promised to tackle illegal immigration and any corrupt deals President Joe Biden has made in her new roles.

Congress also stripped Rep. Paul Gosar (R-AZ) of his committee assignments in 2021. Unlike Greene, his Congressional colleagues also censured the Republican representative. Again, some Republicans joined Democrats when the House voted. The decision came after the lawmaker shared an animated video of him killing Rep. Alexandria Ocasio-Cortez (D-NY).

The House Steering Committee decided to place Gosar on the Oversight Committee with Greene, as well as the House Natural Resources Committee. AZ Central reported the congressman issued a statement saying he’s looking “forward to restoring government accountability” and “investigating Biden’s support for an invasion along our southern border.” He went on to say he would “conduct rigorous oversight” of the president.