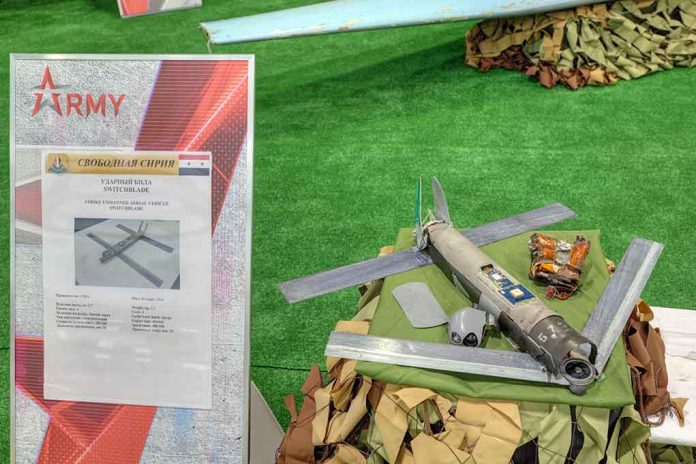 NBC News jounalists recently traveled to Utah to watch the first public demonstration of a military drone weapon. The Switchblade 300 is a low-cost, small drone the US military has been using for years in Iraq, Afghanistan, and Syria. The drone flies so fast, it’s hard to track it with the naked eye, according to the report. When it reaches its target, it doesn’t drop a payload like a traditional zone, but instead acts like a robotic suicide bomber and explodes.

The Switchblade drone doesn’t launch missiles, but is itself a missile.@KenDilanianNBC reports from the Utah desert where he saw a demonstration of the so-called “killer” drone being directed to an empty truck before exploding. pic.twitter.com/D0SQGFyxkF

The drones are important pieces of equipment in modern warfare because they are the missiles. And unlike traditional projectiles, which are launched and hit a target shortly after, these weapons are capable of stalking their prey, circling it until the ideal time and then striking.

Homeland Security is now looking for ways to keep the deadly accurate weapons out of the hands of terrorists. Former Army Ranger Paul Scharre told NBC that more than 100 countries and rebel groups have drones and it has “level[ed] the playing field between the US and terrorist groups” — which is bad news for America.

If Democrats shortchange the defense bill, they’ll cripple the Pentagon’s ability to defend the US against killer drones and other dangerous weapons. Hopefully, this is one battle Republicans win.