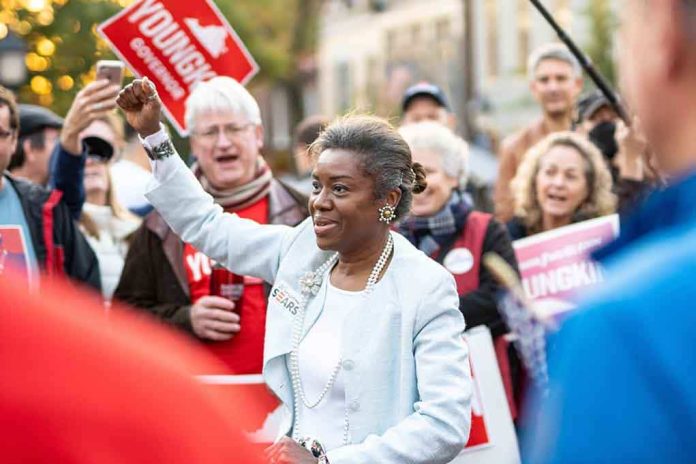 (UnitedVoice.com) – Winsome Sears made history on November 2 when she became the first black woman to win the race for Virginia lieutenant governor. Instead of celebrating the historic win, Saturday Night Live (SNL) mocked her, but she didn’t let it bother her.

During the November 6 episode of SNL, host Michael Che (a black man) put a photo of Sears up on the screen. In the picture, the former Marine is holding a gun. He joked that the elected official is seen in the photo “attempting suicide-by-cop,” insinuating police would shoot her because she’s black. He then said there’s “nothing” that will get the GOP to “support gun control faster than” the photo.

Fox News’ Chris Wallace asked Sears about the joke on November 14, he wanted to know if she thought it was funny. The lt. governor-elect said she did because she didn’t believe Che understood what he was saying. She went on to say that the fact the SNL audience thought it was funny was “very telling about their character.” Sears explained it’s all “a bunch of hypocrisy” but said it’s okay, she can handle it.

Winsome thinks the American people are sick of identity politics. The Left is constantly trying to divide the country along racial lines, but she’s proof that strategy has failed.