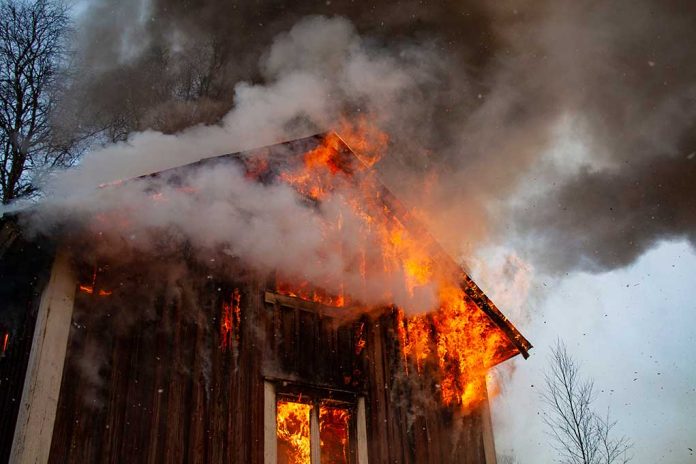 (UnitedVoice.com) – A British man has been jailed for murdering his step-grandmother – then confessing the crime to friends in a game of truth or dare. The crime went undetected for over a year, blamed on an accidental fire, but the arrogant killer finally gave himself away.

In May 2018, 94-year-old Mary Gregory died in the hospital four days after a fire at her home in Heysham, Lancashire. Fire investigators thought the blaze had been started when Mrs. Gregory dropped a lit cigarette that set fire to her curtains, but the truth was that her son’s stepson had carefully planned, and carried out, an arson attack on the house.

A student has been jailed for life, with a minimum term of 15 years, over the murder of his step-grandmother after admitting to friends he had killed her during a game of "truth or dare" https://t.co/wxKFwRzCpM

Police opened a new investigation in 2019 when the stepson, 21-year-old Tiernan Darnton, told a counselor he’d killed someone. As they probed, they found that the student had confessed the crime to a group of friends during a game of truth or dare. His friends hadn’t believed him but found the story disturbing anyway. The cops knew more than his friends had and put the admission together with Mrs. Gregory’s death.

When confronted, Darnton denied the crime – but, among his belongings, police found a detailed hand-drawn plan of Gregory’s home, with notes like “good hiding place” and “quick exit.” Horrifyingly, they also found equally detailed plans to kill several more women. If not for the murderer’s boasting, the UK could have had a serial killer roaming free.