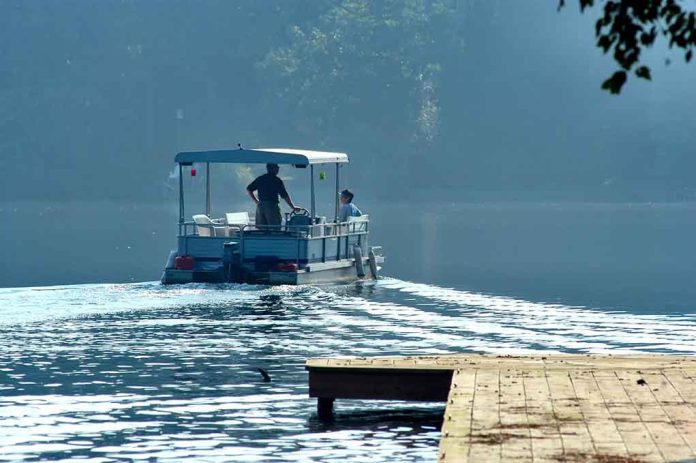 (UnitedVoice.com) – As winter turns into spring, Americans are enjoying the beautiful outdoors again. That’s what four people were doing in South Carolina on March 15, but for one of them, it was the last spring day they’d ever see. Police have now made a decision about the case.

Last week, Nathan Drew Morgan, 29, and an unnamed woman decided to go jet skiing when they had an accident. The two fell off the watercraft and were in distress. A man and a woman on a pontoon boat saw the two were in trouble and noticed neither had a life vest on, so they decided to help. The two moved the pontoon boat over to them and pulled them aboard. The jet ski was still doing circles by itself.

According to the Oconee County Sheriff’s Office, Morgan began attacking his rescuers. The woman with him tried to deescalate the situation by pushing him back into the water. The couple on the pontoon boat once again rescued Morgan, but he continued attacking them. That’s when the man on the boat shot him in the chest, killing the 29-year-old.

The 10th Circuit Solicitor’s Office decided not to pursue charges against the rescuer because he acted in self-defense.

A shooting that occurred Tuesday afternoon on a pontoon boat on Lake Keowee has been ruled as a case of self-defense. For more info, click on this link: https://t.co/U2BgRQr7CV@SheriffCrenshaw #LawEnforcement pic.twitter.com/jtDqimlGuf

The sheriff’s office said Morgan might have been agitated because he wanted to return to his jet ski. They also believe there might have been an argument between him and the woman he was with before they fell off the recreational watercraft.

Police have not named any of the other participants involved in the case.