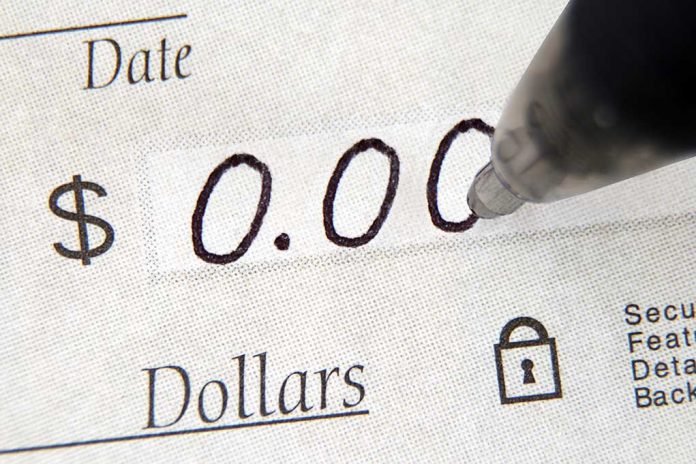 (UnitedVoice.com) – For four months, moderate Democratic Sen. Joe Manchin (D-WV) made it plain, clear, and evident to his Congressional colleagues what he would and would not accept in the Democrats semi-Socialist and radical climate change proposals. The Left refused to listen. They acted as if they had a massive mandate from voters when they didn’t and could steamroll any Moderate who stood in their way. It’s not working out for them.

On Thursday, October 21, Manchin told the media the negotiations to agree on a package were making progress, but they were nowhere close to agreeing. Earlier in the week, Senate Majority Leader Chuck Schumer said he hoped to have a framework completed by the end of the week. The moral of this story is actions speak louder than hopeful words. The two sides are so far apart it’s going to be nearly impossible to bridge the gap. In a heated exchange on Thursday, Manchin told socialist Sen. Bernie Sanders (I-VT) he would be just fine with killing the reconciliation plan.

Democratic leaders continue to express public optimism a deal will get done sooner rather than later. That’s wishful thinking, and here’s why. Manchin simply doesn’t care about the Left’s agenda. The Senator recently stated he’s not a Liberal and will not become a Liberal. All the photo ops with Sanders and niceties in public aren’t working out behind closed doors.

Sens. Jon Tester (D-MT) and Chris Coons (D-DE) were in the room on Thursday when a ten-minute exchange between Manchin and Sanders broke out. Tester stated Sanders said the deal must be $3.5 trillion, to which Manchin said it could be nothing. Does that sound like much negotiation is going on to you? The Montana Moderate said Manchin added he’s “comfortable with zero.”

Coons said of the account when Bernie Sanders said it ought to be $6 trillion, Manchin shot back and said reconciliation ought to be off the table and Democrats shouldn’t do it. Instead of driving up inflation any higher, the West Virginia Senator said Democrats should pause the reconciliation bill for six months, and the House should pass the bipartisan infrastructure legislation sitting on House Speaker Nancy Pelosi’s (D-CA) desk.

This anecdote is consistent with Manchin’s position. He’s said this repeatedly for over a month.

Could he actually mean what he says?

Perhaps that’s rare in Washington, but it’s not for Manchin, and his colleagues know it.

This Stand-Off Was Predictable

Manchin wrote numerous op-eds about his opposition to raising inflation, far-Left Socialist programs that trap people in government dependency, and radical climate plans that the technology cannot handle on its own without fossil fuels. If the Democratic infighting seems intense, it’s because it is intense. This opportunity is the Left’s best chance of fulfilling the promise to radically transform America, and one Senator stands in the way.

This conflict is America’s Republican democracy at work, and it’s a beautiful thing. There were hints Manchin might capitulate, but each time Democrats saw a ray of hope, the Moderate Senator doubled down and dashed it.

So, where does the radical partisan proposal stand?

If there is going to be a deal, it will be on Manchin’s terms. The Left can take it or leave it. On September 30, Democratic Socialist Rep. Alexandria Ocasio-Cortez (D-NY) blasted Manchin for demanding the bill come down from $3.5 to $1.5 trillion. Over the last week, the Left has been boohooing and beating its chest. Progressives say they won’t get rid of the socialist or extreme climate proposals, as evidenced by Sanders’ outburst on Thursday.

Manchin appears content to let it die. He’s from deep-red West Virginia, and his constituency would widely support his cause and praise him. There is little to no negative political fallout for Manchin. However, if he caves, the political landscape is fraught with danger for him.

Manchin is in the driver’s seat. Several weeks ago, he told the Left if they don’t like it, they need to win more elections. That probability isn’t looking so good for them heading into the 2022 midterm elections.

What is the future of the bill?

If the Left doesn’t capitulate to Manchin’s demands, it seems there won’t be one. It’s always subject to change after sleeping on it overnight. To date, that’s not the trend. Plus, the closer it gets to the November 2 Virginia gubernatorial election, the harder it gets to pass if Democratic candidate Terry McAuliffe wins by a slim margin or losses to Republican candidate Glen Youngkin. Moderate Democrats in the House could abandon the deal to protect themselves in next year’s midterm elections.

There are a lot of moving pieces behind the scenes. Despite what the public sees, it’s not all wine and cheese behind closed doors. Despite many Democrats’ anger and frustration with Manchin, he doesn’t appear to care much about their ire. His constituents’ opinions matter more.

That’s the way this works when party loyalty takes a backseat to constituent concerns. It’s a lesson every politician ought to take to heart.