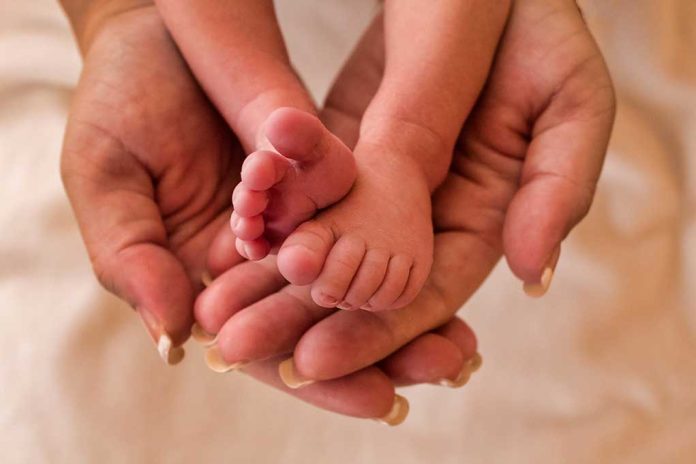 (UnitedVoice.com) – Across the country, GOP-led states have moved to enact pro-life abortion restrictions over the last few years. On Tuesday, April 12, Oklahoma joined a chorus of states with strong pro-life laws on the books. The newly enacted law, signed by Gov. Kevin Stitt (R), comes on the heels of Texas’s anti-abortion law. In Texas, citizens can sue anyone who aides a woman who seeks an abortion after six weeks.

As abortion clinics dwindle in Texas, many women headed to staunchly conservative Oklahoma to obtain the procedure. Oklahoma’s new law is perhaps the most restrictive abortion law in the country. Pro-life state legislatures nationwide are enacting legislation as the US Supreme Court considers a Mississippi case that could overturn Roe v. Wade.

Oklahoma Bans Abortion As Other States are Set to Follow

So, what does Oklahoma’s abortion law, effective come August, actually say? It bans the controversial practice of abortion altogether. It makes an exception to save a woman’s life in a medical emergency. A violation of the law is a state felony, and if convicted of breaking the law, doctors could receive up to ten years in jail and $100,000 in fines.

The Left refers to Oklahoma’s abortion law as a near-total abortion ban. So far, in 2022, 30 states have introduced bills that would ban abortion. The bans passed at least one legislative chamber in Arizona, Idaho, Wyoming, Florida, Kentucky, Oklahoma, and West Virginia. So far, only Oklahoma, Idaho, Arizona, and Wyoming have signed pro-life bills into law.

In December 2021, the US Supreme Court heard an abortion case involving a Mississippi law that bans abortions after 15 weeks of pregnancy. In 1973, the Warren Court legalized abortion through Roe v. Wade. Congress has never legalized abortion. Some legal scholars believe the High Court’s ruling overextended its authority from interpreting the Constitution to making law.

Supreme Court observers believe the conservative 6-3 majority will likely overturn Roe based on their questions and interactions during the hearing. Justice Alito asked, “Can’t a decision be overruled because it was wrong when it was decided?”

If the Supreme Court does overturn or scale back Roe, many states have trigger-clause abortion bans, immediately making abortion illegal when the Supreme Court makes its ruling. If the Justices rescind Roe v. Wade, the legal issues will end the discussion about the federal government’s role in upholding abortion. It will not end abortion. Instead, the court would make it a states’ rights issue for each state to decide individually. Over the last ten years, the court has moved towards protecting federalism, or the separation of powers between the federal government and states.

For decades, Conservatives struggled to restrain abortion practices. Now, it appears they might have the upper hand in gaining large amounts of ground on the issue.

Until the Supreme Court resolves the issue one way or another, stay tuned.