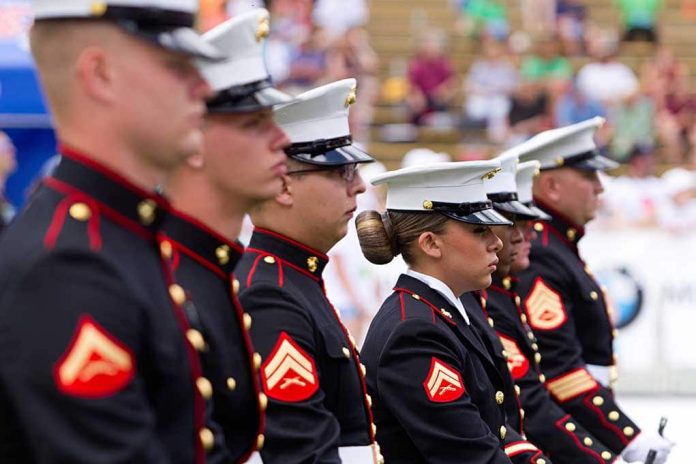 (UnitedVoice.com) – A United States Marine Corps veteran has become an internet hero after a video of him foiling an armed robbery went viral. Millions have already viewed the dramatic footage.

On October 20, two criminals burst into a gas station in Yuma County, Arizona. One of them used his gun to threaten customer James Kilcer, who was standing near the door when the gunmen entered. The robbers didn’t expect what happened next.

With no hesitation, Kilcer grabbed the gun in the lead thug’s hand, forcing the barrel away from himself. Then he swung his bag of groceries at the robber’s head. The blow threw the wannabe thief back into his companion, who went sprawling then desperately scrambled for the door. Seconds later, he ran off into the night, followed by a third suspect who was standing outside the door when Kilcer saved the day. The suspect Kilcer disarmed is now in custody.

When Yuma County deputies asked Kilcer how he managed to end the assault so decisively, he replied, “The Marine Corps taught me not to mess around.” The former marine now works as a DOD contractor; it’s good to see the skills he learned as a Marine are still keeping Americans safe.