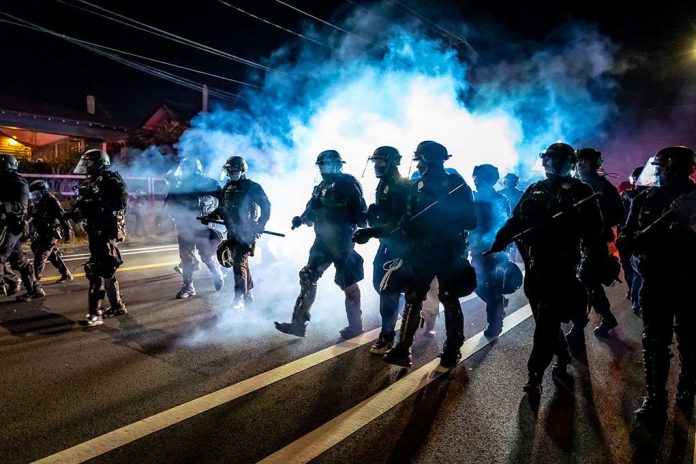 (UnitedVoice.com) – Russian President Vladimir Putin defied international law when he signed accession treaties annexing four regions of Ukraine. The move escalated the conflict, as the Kherson, Zaporizhzhia, Luhansk, and Donetsk regions became a part of Mother Russia. Now it seems things just got worse for citizens on the ground living in the most disputed war zones.

On October 19, Putin declared martial law over the regions in question, citing concerns about invasions from the Ukrainian military. In the city of Kherson, Russian authorities urged tens of thousands of people to flee the impending attack that Kremlin-appointed Governor Vladimir Saldo says is coming. In a TV interview, the governor said Russia wouldn’t surrender Kherson, but there’s no need for innocent civilians to be in the line of fire.

According to Ukrainian President Volodymyr Zelenskyy’s office, the whole thing is one big propaganda show. Putin wants to scare the citizens of Kherson while creating an evacuation scene he can describe as a humanitarian crisis. While the Ukrainian military remains determined to retake the country’s sovereign territory, it’s unlikely they’d shell a city full of their own citizens.

The move comes amid a volley of ultimatums and threats from the Kremlin, not the least of which is a report that Putin is considering detonating a nuclear warhead over the Black Sea as a show of force. He also warned that any attacks on Russian territory, including the four recently annexed Ukrainian regions, could trigger a nuclear response.