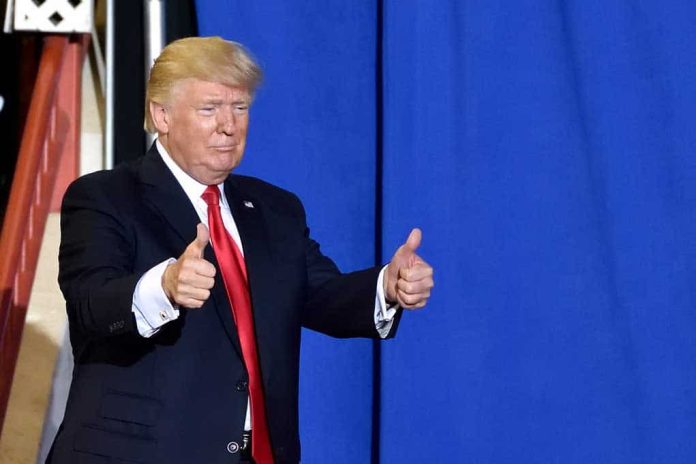 (UnitedVoice.com) – If history repeats itself, Republicans have an excellent chance of retaking control of both the House and Senate as a result of the 2022 midterm elections. Were that to happen, Mary Trump predicts her uncle, Donald Trump, would likely seek a return to the White House in 2024.

On September 24, the former President’s niece told The Daily Break Podcast host Naveed Jamali that Trump wouldn’t run for president again unless he thought he “can’t lose.” According to her, a Republican sweep in the midterms could do the trick and give him the confidence to oppose Biden’s reelection in 2024.

Mary Trump details what she thinks will sway Donald Trump to run in 2024 https://t.co/oncDuRH7qv

Continuing, Mary Trump said she, too, believed Donald Trump’s triumphant return to the White House in 2024 “depends largely” on how well Republicans do in the midterms. “If Donald feels he can run and not lose,” he will jump at the opportunity, she predicted.

For that reason, Mary Trump said the 2022 elections are the most important ones of “our lifetime.” Then again, if Republicans take back both houses of Congress, the 2024 general elections will take over as the most vital one.

Setting aside the unpredictability of midterm elections, it’s important to note that Mary Trump sees a pathway to victory for Donald Trump in 2024. Her prediction is particularly telling, considering she’s one of her uncle’s biggest critics.